Economic Justice for the South West 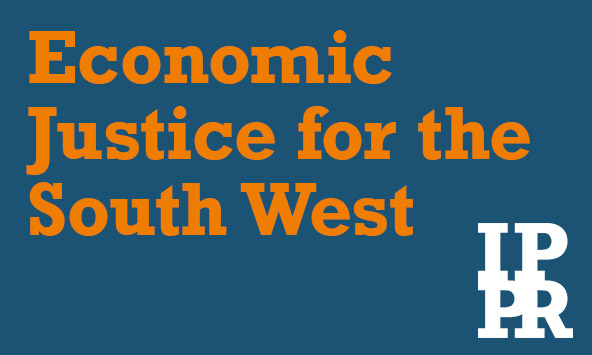 The UK economy is not working. It is no longer delivering rising standards for a majority of the population. Too many people are in insecure jobs; young people are set to be poorer than their parents; the nations and regions of the UK are diverging further.

The IPPR Commission on Economic Justice was established in 2016 in the wake of the vote to leave the EU to examine the challenges facing the UK economy and to make recommendations for reform. Its final report Prosperity and Justice: A Plan for the New Economy, published in September 2018, made the case for a radical overhaul of our economy.

Join IPPR for an event involving people from across the South West to put your thoughts on fairness and prosperity in the region’s economy to leading figures from civil society, business and local government.

This event is open to all and will take place on Thursday 21st November, 5.30-8:30pm at Exeter Corn Exchange, Market St, Exeter EX1 1BW. The event will open with refreshments at 5.30pm, with speeches beginning at 6.00pm. There will be drinks and activities from 7.30-8.30pm.