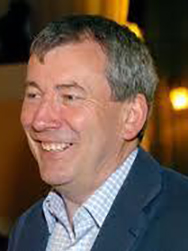 Synonymous with Cornwall tourism, there isn’t a lot that Malcolm doesn’t know about the industry. Having overseen the transformation of Visit Cornwall into a Community Interest Company, he is now at the helm of Visit Cornwall’s future as a private enterprise and is responsible for overseeing the vision, strategy and delivery of the company.

A passionate brand ambassador for destination Cornwall, Malcolm is a key spokesperson across the world for tourism issues and sits on European and national advisory boards. Malcolm is also on the Board of Governors for Cornwall College, South West Lakes Trust and the Cornwall Food Foundation.

When there’s a gap in his diary Malcolm takes the chance to get out on the water and is a keen dingy sailor – he’s even been known to win one or two races! A true Cornishman he is most at home when enjoying time with his family and much-adored pup.

Perfect day in Cornwall: the sun would be shining and there would be just the right amount of breeze for a perfect day of sailing on the south Cornish coast. Back on dry land and it would be over to the north coast to take my dog for a run on Perranporth beach before seeing out the day with a BBQ and a few local beers. Sometimes the simple life is best – bliss! 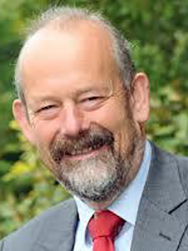 Nick is the chair, trustee, and non-executive director of a variety of organisations across the SW in the education, arts, innovation, transport and agricultural sectors.

A recovering mathematician, he was Deputy Chair of the SW Regional Development Agency, former Chair and ProChancellor of the University of Plymouth and a founding board member of the Technology Strategy Board – now InnovateUK – the government’s innovation agency. Nick is a Fellow or member of several professional bodies. Prior to developing a portfolio career Nick spent many years in the IT sector.

Based in Cornwall, Nick also runs an organic livestock farm with his wife. 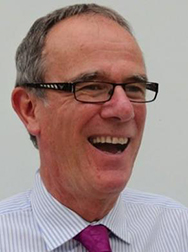 Lord Teverson is a Liberal Democrat Life peer sitting in the House of Lords since 01 June 2006. Currently sitting on the International Relations and Defence Committee, until recently he chaired the House’s EU Environment Committee.  He is chair of the Cornwall and Isles of Scilly Local Nature Partnership, and a director of Aldustria a battery storage company.

Chris has a lifetime of experience of owning, managing, and navigating ships, often in remote places.

Back in the UK, he has continued his interest in innovating new ferry services. He became Chair of Business Forum South West, but their interests being identical to those of SWBC, their activities were subsumed. He speaks French, Portuguese, some Spanish and has some knowledge of other languages.

Organisation: Chairman at Heart of the SW Business Forum 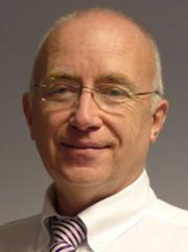 Phil has been particularly involved in promoting ‘Partnership working’ for the benefit of the local business community, representing the Chamber widely across the South West on strategic business groups. He is a Director of project management and design company, Project (SW) Ltd. 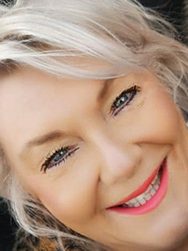 Sharron took on the role of Managing Director of the Devon & Cornwall Training Providers Network in June 2016. Since that time, she has grown the Network to more than 50 members from across the training provider sector, including Universities, FE Colleges, and a wide range of independent, commercial and employer providers.

Sharron is a passionate advocate of lifelong learning, Apprenticeships, and the opportunities that education and training can bring. 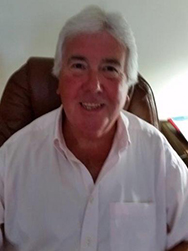 A pioneer in the Telecommunications sector, with over fifty years of experience; having been part of the start-up team at Vodafone and holder of senior management, engineering and training roles in companies including Cable and Wireless, Marconi, Nortel, Ericsson, Orange, T-Mobile and BT. 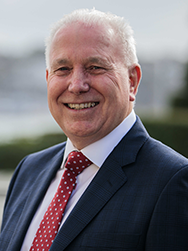 Paul is a West Country man, married with two grown-up sons, now living back in his home town of Sidmouth in East Devon. During his forty years as a civil engineer, he has worked on various construction projects for contractors in the UK and the Middle East.

In recent years, as Business Development Manager for a major UK contractor (BAM Nuttall), his skills in customer relationship management and work winning enabled BAM to secure key contracts across all market sectors in the UK and also in Uganda and Tanzania in Eastern Africa.

Paul joined CECA (the trade association for the civil engineering industry) at the beginning of 2017 as its first South West director. Since that time, he has represented and supported CECA member contractors in the region through training provision, client and government engagement, promoting civil engineering as a career in schools and universities and backing the apprenticeship programme.

CECA is the representative body for companies who work day to day to deliver, upgrade and maintain the country’s infrastructure. With more than 300 members nationwide (and over 30 in the South West), CECA represents firms who collectively carry out an estimated 70-80% of all civil engineering activity in the UK, in the key sectors of transport, energy, communications, waste and water. 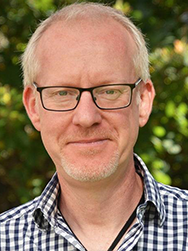 Professor Jon Shaw is Head of the School of Geography, Earth and Environmental Sciences at the University of Plymouth, and sits on Great Western Railway’s Stakeholder Advisory Board. He researches issues to do with transport policy and governance and is the author and editor of several books on the subject. 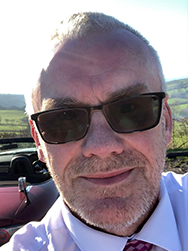 Dave is an experienced Non-Executive Director and Independent Advisor with a passion for Science, Technology Engineering, Mathematics and Medicine and the development and promotion of the South West as an exceptional place in which to develop successful and globally recognised STEMM businesses and careers.

Brought up in the Scottish Borders Dave graduated from Glasgow and Strathclyde Universities with degrees in Mathematics and Operational Research.

His early career was as an Air Traffic. Management Data Scientist and Research Manager in the Civil Aviation Authority based in London.

In 1998 he joined the Met Office in Bracknell initially to run their Civil Aviation Business. In 2003 Dave relocated with the Met Office to Exeter where he took on responsibility for the wider Public Sector services, including Defence.

Between 2007 and 2012 as Deputy Director he led the merger and transformation of Technology and Information Services within the Met Office.

From 2013 to his retirement in 2018 as Deputy Director High Performance Computing Dave led the Business Case development, Acquisition, and Implementation of what was at the time the 6th largest Supercomputer in the world.

In addition to his work with the Met Office Dave has undertaken a wide range of Board and Non-Executive Positions, including: 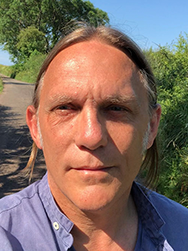 Julian Gray has 30 years’ experience in protected landscapes, conservation and wider sustainability in the UK and internationally. As Director of the South West Coast Path Association, Julian champions England’s longest National Trail. He is also Vice Chair of the World Trails Network.

Julian combines an educational background in international communications and environmental science with leadership, branding and sustainability experience in the public, not-for-profit and private sectors. Previous positions include CEO of international conservation charity Rainforest Rescue and CEO of the international water conservation programme Smart WaterMark. Julian was a advocate for increasing greenspace across cities to improve health and wellbeing through the Australian 202020 Vision campaign and judge for the Prime Minister’s inaugural Sustainability Awards.

Previously Julian headed-up communications for the South Downs Joint Committee and Sussex Downs Conservation Board. As a member Branding England’s Protected Landscapes Forum, he worked with the AONB Association and the EU LIFESCAPES project, using branding to support a sustainable rural economy across Europe’s protected landscapes.

Julian is a Member of the Chartered Institute of Marketing and was a committee member of both Interpret Britain and the International Water Association’s Communications Specialist Group. 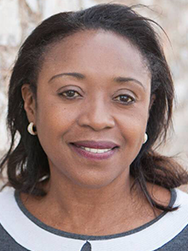 Lise has been a Lecturer with Plymouth University Faculty of Business since 2012. Lise started her professional career in the financial sector in 1980, working as a Trainee with the Central Bank in Cameroon after completing a BSc in Macroeconomics and Monetary policy. Two years later, Lise went to the USA to complete an MSc in International Finance and Trade at The American University in Washington, D.C. Following intern positions with the Transnational Investment Incorporated in Washington, DC, Lise joined the African Development Bank in 1987 working in the Finance Vice Presidency for eight years.

In 1996, Lise joined the Foreign and Commonwealth Office as a Trade and Investment Manager, a unique opportunity that enabled her to build on her international experience. Lise spent 10 years building success for UK businesses between French-speaking West Africa and the UK. Lise and her husband I relocated in Devon in 2005 where she continued to work as an International Trade Advisor with UK Trade and Investment for the South West Region, leading on the aid-funded business sector.

Prior to joining the University, Lise was a Business Advisor for SERCO working on European Competitiveness programme for SMEs. With over 15 years of experience in international business, she was keen to deepen her understanding of the business world and in 2008, Lise enrolled as a part-time research student with Plymouth University.

Lise completed her PhD in 2013 on a programme of work investigating the interdependence between Entrepreneurship and Social Capital and why this interplay drives innovation and competitiveness. SMEs in the South West Region food and drink manufacturing offered the context for empirical research.