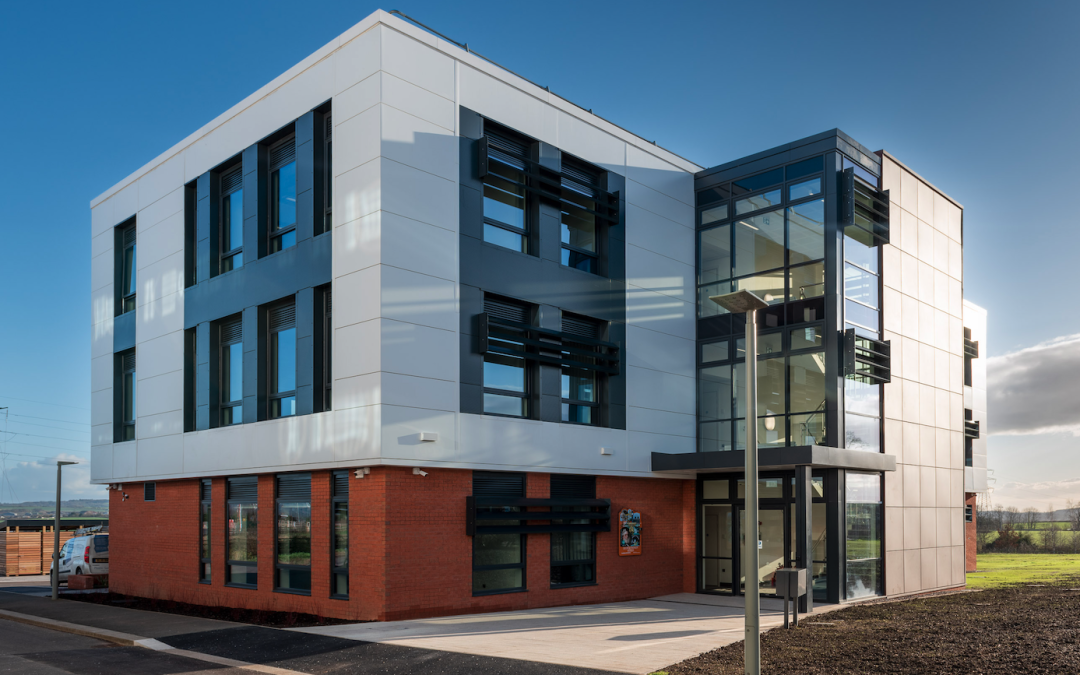 The first tenants to move into the 14,000 square foot George Parker Bidder building, which is built to net zero carbon standards, will cross the road from the Science Park Centre to embark on the next stage of their business growth.

They include Concept First, Remit Zero, Securious, Edson Tiger, Rx-info and Dashboard, their move freeing up space in the hub for STEMM start-ups.

The new building, just off J29 of the M5, is named after civil engineer and mathematical prodigy George Parker Bidder, who was born in Moretonhampstead on the edge of Dartmoor in 1806 and became President of the Institution of Civil Engineers.

A ‘rags to riches’ story, Bidder is best known for his work on the development of the railway system in the 1800’s. He becomes the latest STEMM icon, alongside Sir Isaac Newton, Alan Turing, Ada Lovelace, and Hedy Lamarr, to lend their names to the centres of excellence at the Park.

The opening of the new building comes as Exeter takes 8th position in the UK Powerhouse Report 2022 for the highest projected GVA growth by the end of 2022 at 3%. The research also forecasts that Exeter will see significant employment growth of 1.9% by the end of 2022, placing the city in ninth position nationally. *

Dr Sally Basker, CEO of Exeter Science Park, said: “This net-zero carbon building has been the fastest turnaround of any building scheme undertaken at the Park, achieving practical completion just 16 months after funding was secured.

“We’re pleased to see the building already 85% pre-let, including a number of businesses moving across from the Science Park Centre, and we already have demand to back-fill their offices.

“Exeter Science Park helps innovative STEMM companies to deliver extraordinary growth and offers space for businesses to remain at the Park through each stage of their lifecycle, which is being realised as we see tenants grow and move through our buildings.”

Funding for the build was secured in August 2020 from the Government’s ‘Getting Building Fund’ and allocated to Exeter Science Park by the Heart of the South West Local Enterprise Partnership (HotSW LEP) from its £35.4 million share of the national pot. The building was one of the first Getting Building Fund projects to begin construction in the area.

Karl Tucker, Chair of the HotSW LEP, said: “With Exeter forecast to see significant continued employment growth through 2022, the Heart of the South West was delighted to allocate £5 million of Government funding to Exeter Science Park for the construction of the new George Parker Bidder building. This exciting development will provide high-quality office space for 100 jobs in the growing science, technology, engineering, maths and medical sectors.

“The building was developed as part of the Government’s ‘Getting Building Fund’, and is designed to boost the local economy by providing jobs and a stepping stone for maturing businesses from the Science Park Centre contributing to our area’s prosperity and post-COVID recovery.”

Minister for Levelling Up Neil O’Brien MP said: “This state of the art science centre has been backed by £5 million of government funding and will support businesses, create new jobs and help Exeter prosper.

“As we level up communities up and down the country, we will continue to invest in ambitious local projects like Exeter Science Park, which provide opportunity, boost local economies and help communities build back better from the pandemic.”

Brian Rice, Morgan Sindall Construction Area Director, said: “This has been an exciting and ground-breaking project to be a part of and the Southern Construction Framework has been a key enabler in helping us to deliver the project on time with the help of local people. There has been a truly remarkable effort by all, working collaboratively with the council and local enterprise to deliver an eco-friendly building which will support STEMM companies in the region, an incredibly important industry right now which will continue to grow in Exeter.”

Exeter Science Park Limited is the Park developer and has four shareholders: Devon County Council, the University of Exeter, East Devon District Council and Exeter City Council. Its two strategic partners are the Heart of the South West Local Enterprise Partnership and the Exeter and East Devon Enterprise Zone.