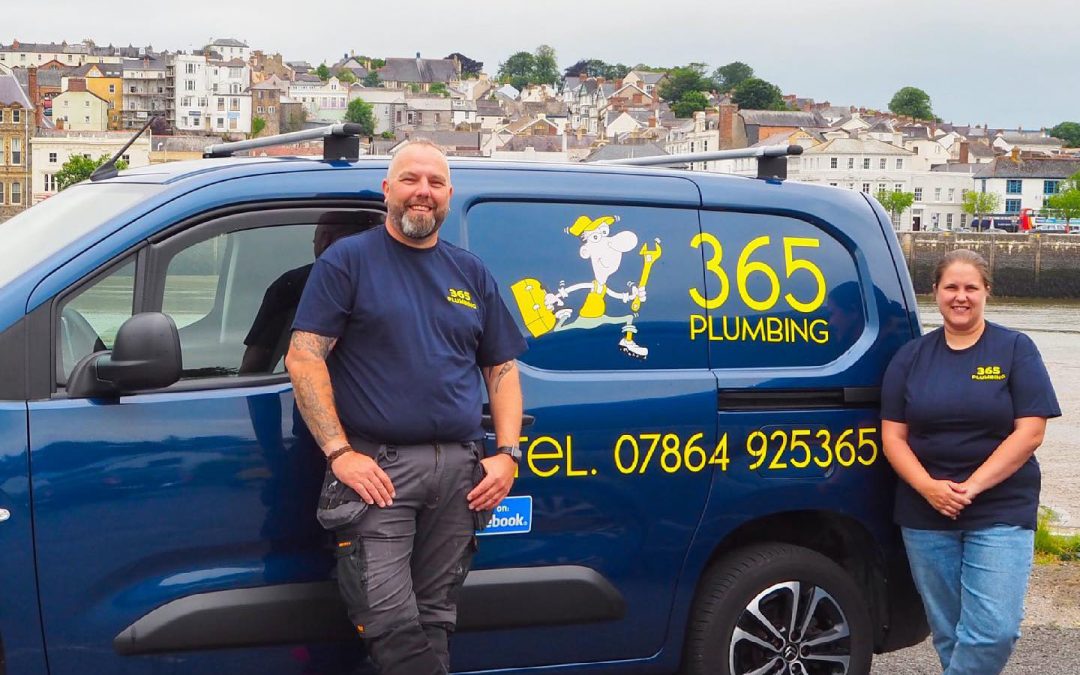 Bideford based 365 Plumbing are today announcing the appointment of Jodie Dixon as their first apprentice plumber. Jodie will be following a comprehensive program of training under the tutorship of business owner Michael Paine to achieve the national WaterSafe accreditation.

Less than 1% of plumbers in the UK are women. In a recent UK survey by WaterSafe, nearly a third (31%) of women stated they would prefer a female plumber to carry out work on their home. Reasons cited include feeling safer with a woman (37%), feeling like they wouldn’t be ripped off by a female (12%), trusting advice from a woman more than a man (10%) and the likelihood that a woman wouldn’t patronise them (10%). Nearly two thirds of those surveyed felt it is time traditional stereotypes were broken and would like more women to take up plumbing.

“I am delighted Jodie is coming onboard”, confirmed Michael Paine, Proprietor, 365 Plumbing. “She is exceptionally talented and a people person. Being a woman should not be a consideration for employers but facts are facts. Less than 1% of UK plumbers are women! I hope this appointment inspires more women to take up the profession and other employers to look carefully at the talent pool across northern Devon.”

In a separate college study conducted by WaterSafe, it was found that nearly half of all respondents (45%) don’t feel that boys and girls are given the same career opportunities and over a third of girls surveyed (36%) feel that boys are pushed into more manual trade roles than them. It’s not surprising then that the most popular career choice for girls are office/admin roles (36%), closely followed by jobs within the academic and entertainment sectors.

“This is an excellent opportunity to learn a trade”, commented Jodie Dixon. “Having served in the Royal Navy and worked in NHS Mental Health Services, I wanted a career change. Finding a female plumber working in North Devon is almost impossible. I want to change that.”

365 Plumbing offers a full range of services from repairing a leaking tap to full bathroom design and installation.

WaterSafe is a national accreditation body which checks and approves businesses and their plumbers to give customers reassurance about the tradesmen undertaking work for them.