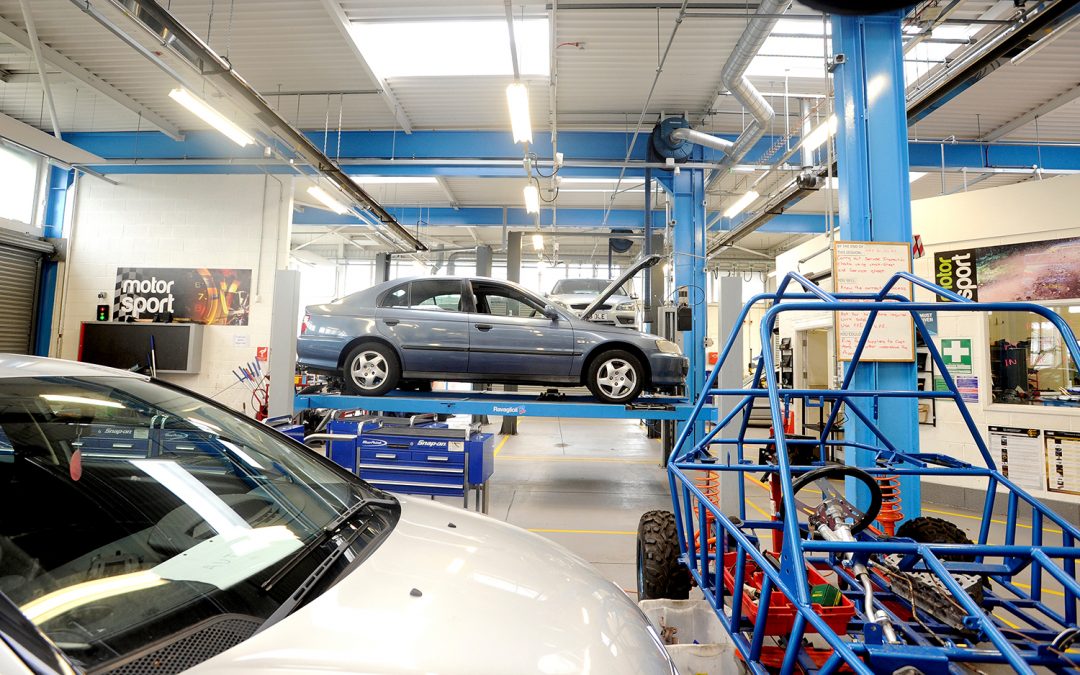 After seeing a 100% pass rate for its recent automotive Apprenticeship end-point assessments (EPA), City College Plymouth has been highly praised by the awarding body, City & Guilds.

Shortly before the country entered a second period of lockdown last year, the College arranged for five automotive apprentices to undergo their final assessments during the half-term break, avoiding any delay to the process. The five apprentices, William Teague, Aaron Evis, Connor Willcocks, Ryan Welch and Joe Peonides, are the first automotive apprentices at the College to undergo the end-point assessment, which is a feature of the new and more rigorous Apprenticeship standards. With the national average for passes at 69%, the City & Guilds independent end-point assessor was said to be highly impressed with the degree of preparation and professionalism shown by the apprentices, and praised both the College and its partner employers.

Director of Quality Improvement, Nadia McCusker, said: “Not only is the College delighted that all of these apprentices passed their EPAs, but the College has been asked by City & Guilds to be featured in a case study, which it hopes to use as a way of promoting best practice.

“What particularly impressed the assessor was the amount of preparation work that had been completed, but also how the College had worked incredibly hard to get the assessments done before the second lockdown, with the lecturers happily working outside of their core hours. City & Guilds was also impressed that the College had arranged to continue with one EPA whilst the apprentice was required to self-isolate, cleverly utilising the College’s emerging digital culture.”

Paul Tunnicliffe, Technical Advisor at City & Guilds, said: “2020 was a hugely challenging year for apprentices in terms of disruption to their learning and assessments, and it was fantastic to see the commitment and hard work of the team at City College Plymouth to prepare their apprentices for EPA. We were delighted to be able to support them through the process with digital resources and assessment preparation, and it is great to see them progress despite the challenges of the past year.”

Apprenticeship Standards have been slowly replacing Frameworks, and are written by employer-led groups and include the specific knowledge, skills and behaviours needed for a specific occupation.