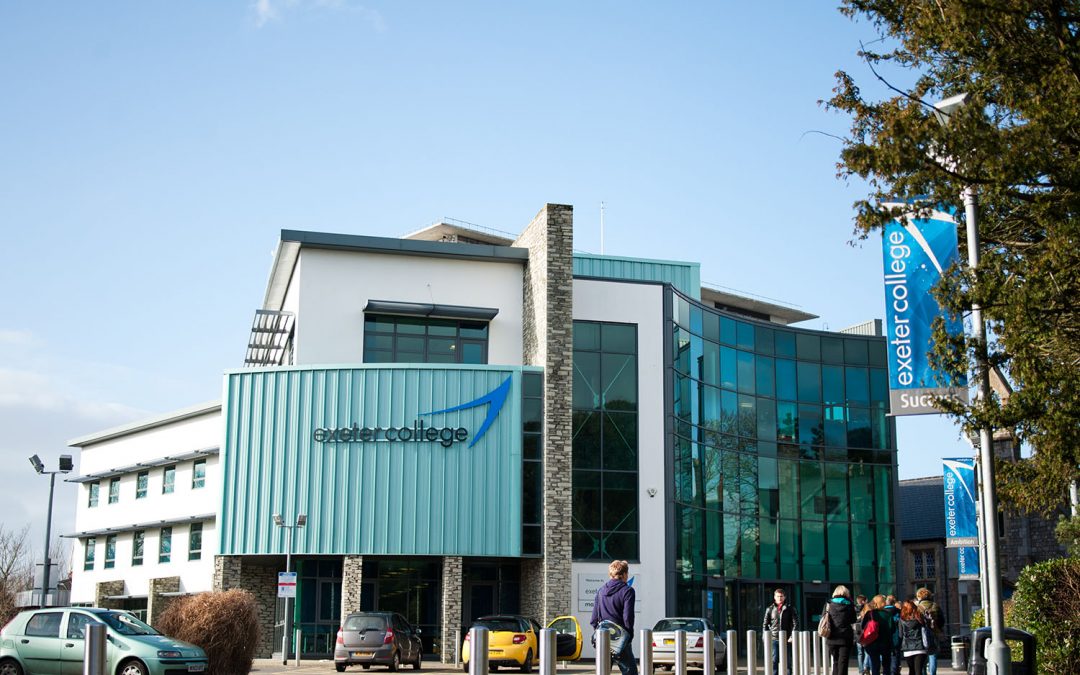 Exeter College students are celebrating as 20 learners have been offered places to study with the internationally–renowned University of Oxford and University of Cambridge.

Places at the Oxbridge universities, as they are commonly known, are incredibly sought-after, with a rigorous application and interview process required to get in to study at one of the leading universities in the world.

This year, record numbers of Exeter College students applied for places at the universities, and now 20 students are celebrating their hard work paying off with offers to study a range of subjects, from Medicine and Chemistry through to Classics and Geography. The breadth of subjects students hold offers to study with Oxbridge reflects the broad curriculum available for learners with Exeter College.

For the University of Oxford, over half of Exeter College students interviewed got offers to study with them from September 2021, with 15 students now eagerly awaiting future study with them.

For the University of Cambridge, five students are now holding offers of study, which is around a third of those who were invited to interview.

The success rates of applications to offers to study with Oxbridge puts Exeter College among the best in the country, even eclipsing the rates of many independent schools.

Exeter College Vice Principal Jade Otty said, “I am delighted for these learners, and so proud that we offer such strong academic support at the College.

“Our teachers’ expert subject knowledge and the extra support and experiences on offer in our Reach Academy, including scholarships to support social mobility of learners from less advantaged backgrounds, means that the young people of Devon are gaining places at the most distinguished and competitive universities in the country.”

Many of the students with offers were supported by the Exeter College Reach Academy, which helps academically gifted students with extra-curricular seminars, support and guidance to help raise aspirations and boost achievement.

Exeter College Lecturer Martin Gilbert, who leads on the Reach Academy, said, “I’m delighted we’ve been able to play a role in supporting these students to get offers to study at Oxford or Cambridge.

“To even make an application to these universities is a significant undertaking on the part of the students, and I’m pleased we’ve been able to help so many on their ongoing education journey.”

North Devon’s Ella Fraser-Smith will be fulfilling a long-held ambition when she joins Oxford to study Earth Sciences.

Ella said, “I was so happy when I found out I got my offer. I’d been thinking about it for weeks and months and it was such a relief to hear that they wanted me.”

Even during the lockdowns, the Reach Academy has been providing students with online support sessions and specialist one-to-one advice. Ella said this helped her with her preparation for the university interview.

“Martin [Gilbert] ran online sessions for everyone who applied to Oxbridge and went through questions they might ask in an interview and gave us some great advice on what the process would be. The Reach Academy provided me with things I could add on to my personal statement to help strengthen my application. It was very useful and definitely a great thing to be involved with.”

Eliza Munday, who studies German, Spanish and Law with Exeter College has been offered a place to study a joint honours degree in German and Spanish with the University of Oxford. She said, “I had convinced myself that I probably wasn’t going to get in. It’s such a long process that you have to go through and finding out I got in just makes it all feel worth the effort.

“When I started at Exeter College, I always knew I wanted to go on to Oxford, so to be able to achieve that goal feels great.

“The Reach Academy has helped loads with my application. It gave us access to talks on personal statements, mock interview practice and I learnt so much from these sessions that I wouldn’t have known otherwise.

“It has been great with Exeter College, despite being at home for some of it with the lockdowns. The faculties have been really supportive, especially the teachers.”

A Level student Joby Cosgrave achieved his dream of an offer to study with the University of Cambridge and will join them later this year to study Human, Social and Political Sciences.

Joby said, “I was obviously elated when I found out I had got in. I wasn’t expecting it as I was aware that it’s a highly competitive process to get through.”

Joby, who studies Later Modern History, English Literature and Politics with Exeter College, continued, “It’s quite a long and demanding process and I’m thankful that I’ve got a lot of support around me, both at college and at home. The Reach Academy has been incredibly helpful, providing stretching and enriching workshops even before I had been fully thinking about my application.”

International Baccalaureate (IB) student Grace Stephens hadn’t expected to get her offer to study with Oxford. She said, “I had almost written it off in my head as I didn’t think my interview went as well as it could have but when the notification popped up on UCAS I was so surprised and happy to have got an offer.”

Grace will be joining Oxford later this year to study Philosophy, Politics and Economics. “I choose the subjects because I’m interested in a lot of different aspects of these areas and I’m excited to be going to learn more about them. One of the reasons I study the IB with Exeter College is because it allows me to explore different subjects, and this will continue for me at Oxford.”

Students with offers to study will now await the awarding of grades and qualifications in 2021, with details set to be announced in the future.