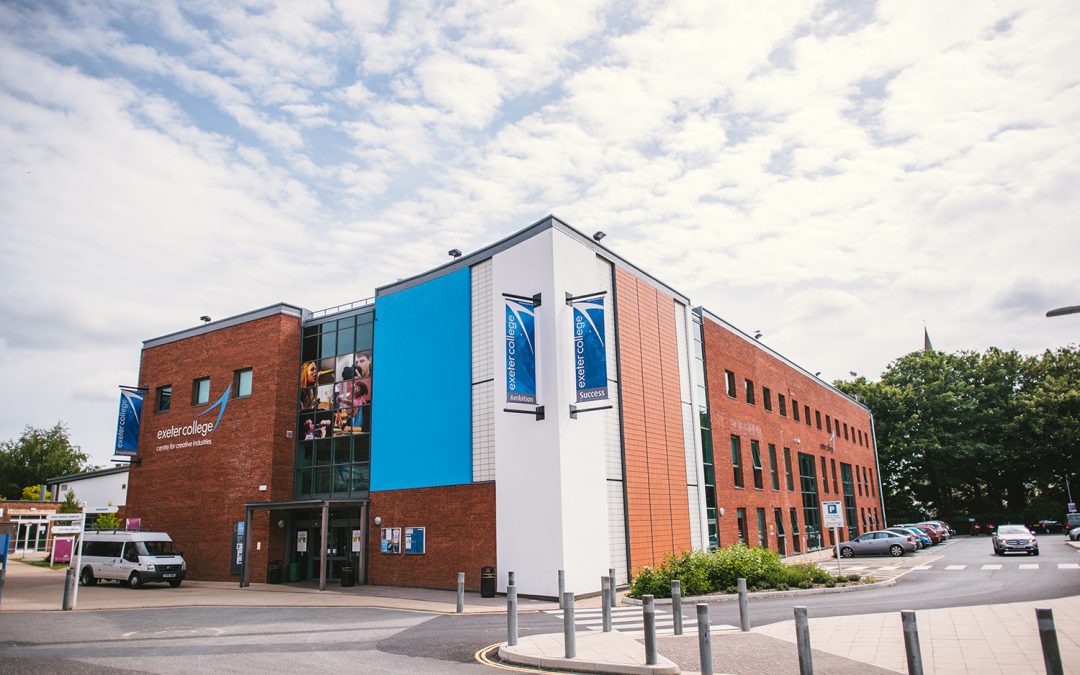 The BBC will move to new studios at Exeter College, offering budding journalists opportunities to work with BBC programme makers.
Students at the college’s Centre for Creative Industries (CCI) will also get the chance to pitch their work to BBC Radio Devon, BBC Spotlight and BBC News online.
The new studios, currently being built on the ground floor of the CCI building just off Queen Street, will be used as a base for BBC reporters and a space for journalists to conduct interviews for regional and national news programmes, such as Newsnight or Radio 4 PM.
The move brings a regional base for the BBC into the centre of Exeter, moving from their current Pynes Hill site, providing the broadcaster a new opportunity to further cover the stories that matter most to local people.
BBC Radio Devon Editor Mark Grinnell said: “The South West has always had a vibrant media industry, thanks in no small part to institutions like Exeter College’s Centre for Creative Industries. We hope this collaboration will build on that while allowing us to continue covering Devon’s busy news agenda.”
Each term the students will pitch stories to the broadcaster’s journalists, with the chance to have their work broadcast on the BBC.
A BBC panel will also meet twice a year to give feedback to the College’s aspiring journalists on news stories and BBC staff will be conducting guest lectures to give students the very latest hints and tips on getting in to the industry from those who work in it. This will particularly help students in the College’s Journalism Academy, which is made up of learners on a range of courses who have an interest in a career in the media.
Exeter College Principal and Chief Executive John Laramy said, “We’re thrilled to be welcoming the BBC to our campus and help bring them in to the heart of the city of Exeter.
“Part of vision for our curriculum is to provide a line of sight to industry and hosting the BBC Studio in our Centre for Creative Industries is a great way to put one of the biggest brands in media at heart of the student experience.
“Our students will benefit hugely from being able to take in the inside knowledge of journalists and apply that to their learning in College and beyond. This new association with the BBC has the potential to be truly ground breaking and together I feel we can set a new standard for media orientated training that benefits the BBC, students, staff and the wider community.”
Stephanie Marshall, Head of the BBC in the West and South West, said: “The move to Exeter College represents a new way of working for our regional news teams, bringing us closer to students who could one day be broadcasting across our airwaves.
“We hope that having a BBC presence on-site will help inspire the next generation of journalists.
“With Apprenticeships and schemes like BBC Young Reporter we are doing more than ever to support people aspiring to work in the media industry.”

The refurbishment work will be completed in the coming weeks and the BBC journalists will be begin working there soon afterwards.