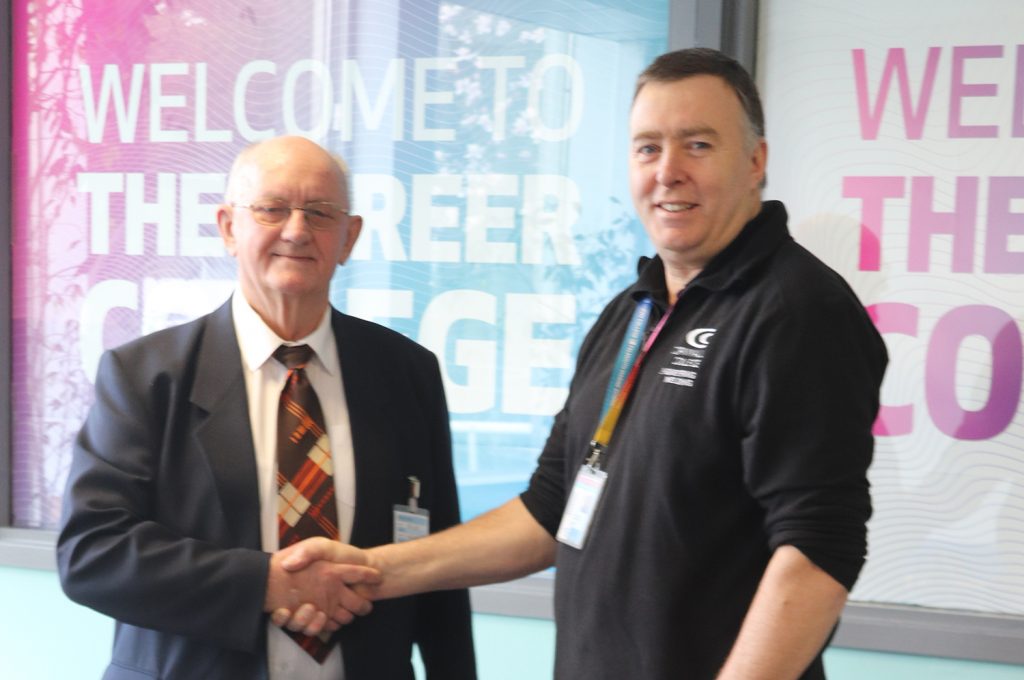 Peter has so far raised over £32,000 since he started in 2008, by collecting scrap metal from businesses and taking it to Henry Orchards & Sons scrap metal merchants where they give a valuation and donate the proceeds to CHSW.

“In 2008, I saw they were looking to raise funds to build the hospice, my wife had recently died so I decided I wanted to help raise money to have something to focus on,” Peter explained.

“Little Harbour was built in 2011 and I have continued to support them ever since. Each year they let me know what the money has been spent on which is great, it means I can show the businesses what their donations have resulted in.”

Peter said it was fantastic to be working with the engineering students at Cornwall College St Austell.

“When I was younger I did an engineering apprenticeship within what is now The Cornwall College Group, before I went on to work at Kemutec for 40 years,” he explained.

“I am really proud of the money I have raised so far, it’s a fantastic charity and it keeps me busy!”

Course Manager for Welding at Cornwall College St Austell, Andy Appleyard, said it was “fantastic we have made this link with Peter”.

“Children’s Hospice South West is a fantastic charity and the work Peter is doing on a daily basis is amazing,” he continued.

“Our students and staff are really proud to now be part of Peter’s project and we are excited to be working with Peter going forward.”

There is a Course and Careers Advice Morning at Cornwall College St Austell on Saturday 14th March 10am until Midday, where the campus is open for potential students and families to look around facilities and meet lecturers.

For more information on the range of Engineering courses available across The Cornwall College Group visit www.cornwall.ac.uk or call 0330 123 2523.

SWBC Advisory and Statutory Board Meetings (Board Members only)