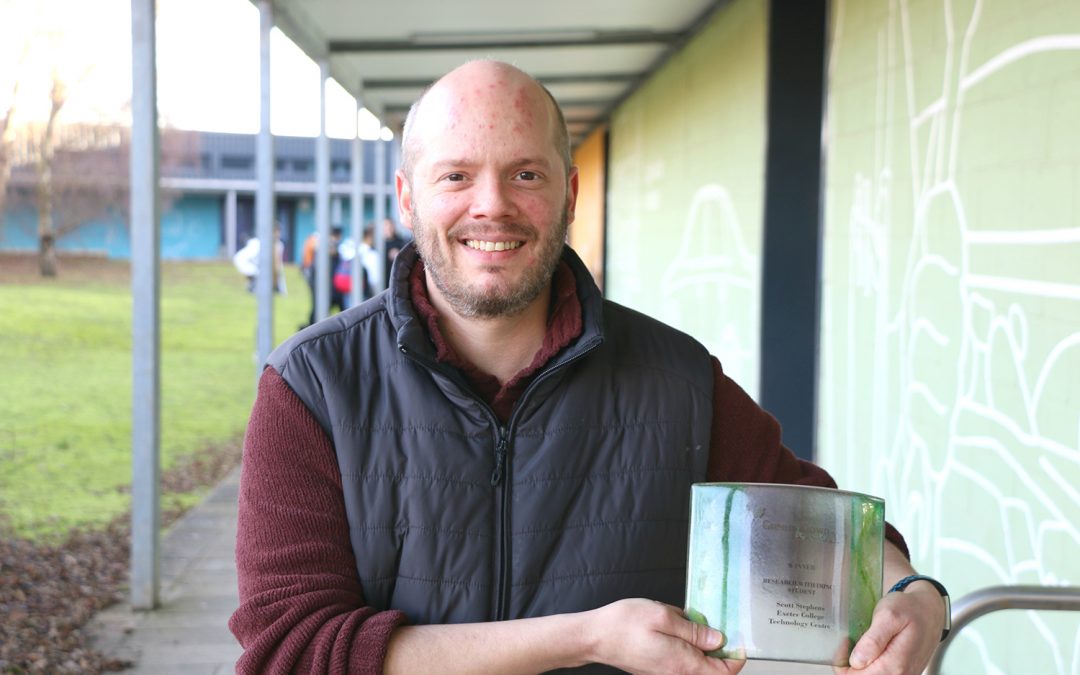 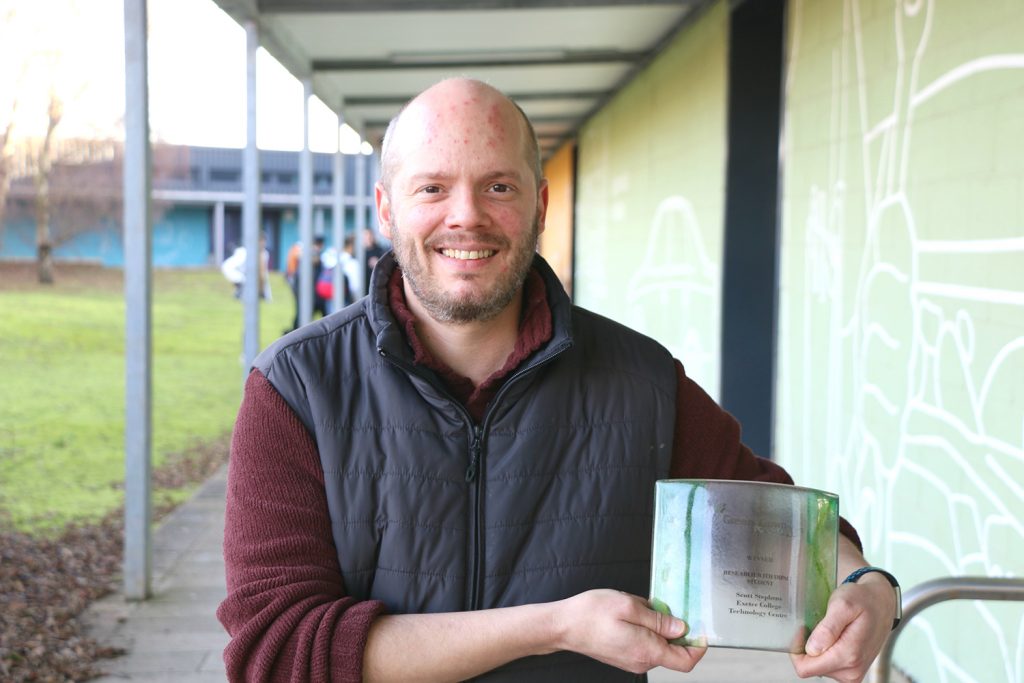 Scott has been named the winner of the Green Gown Award for Student Research with Impact, following in the footsteps of 2018 winner Alex Dixon.

The Green Gown Awards aim to put a spotlight on the innovative and inspiring sustainability work taking place in universities and colleges to create a brighter future for students and the environment.

Scott, 39, is currently studying for his Higher National Certificate in Electrical Engineering at Exeter College while working in industry with material solutions company Sibelco and his innovative, environmentally friendly work with Sibelco is what has seen him awarded this prestigious award.

Scott’s innovation for Sibelco involved him developing a filtration system to allow existing onsite water to be used for the site flocculent make down system. Previously, the company had bought in fresh water at a cost of over £25,000 a year as completely clean water is needed for the process. Scott’s filter meant the company could use the onsite water and cut their costs dramatically, while also making a positive influence on the environment; saving fresh water and transportation time.

Speaking after receiving his award, Scott said, “I’ve never won anything, and certainly not anything like this, so I’m obviously really delighted.

“I couldn’t attend the awards ceremony because my partner was heavily pregnant but when I found out I had won I was over the moon and couldn’t really believe it.

“My work with Sibelco is not only saving the company money every year by not having to buy in fresh water, but it’s also helping save the planet.”

Scott also wanted to pay tribute to the staff at Exeter College who have helped him during his academic journey as a mature student. He said, “The project I did for the Green Gown Award at Sibelco was as part of one of the modules on my course at Exeter College.

“The lecturers have been great in encouraging me to go for it and the teaching style is really enthusiastic which really helps you engage in the subject.”

Exeter College’s Programme Leader for Aerospace and Sustainability, Richard Masters, said, “We’re all over the moon for Scott’s achievements. It’s fantastic for him to be recognised with a national award regarding one of the most pressing issues in global society today. He has made a fantastic contribution to his workplace and we can’t wait to see what he does next.

“I’m also immensely proud that students from Exeter College have won this specific award two years running. This is vindication that our student first, industry led, mentality to university level teaching is creating independent and free thinking students who can be a positive force for change in industry.”

The awards were organised by EAUC – the Alliance for Sustainability Leadership in Education, and inspirational students, universities and colleges were recognised with awards across a range of categories relating to creating a more sustainable world. An awards ceremony was held at Glasgow Science Centre to celebrate the achievements of all the winners.

Iain Patton, CEO at EAUC and co-host of the Green Gown Awards ceremony, said: “Now in its 15th year, the Green Gown Awards celebrate the very pinnacle of best practice in a sector that is well ahead of the curve on the sustainability agenda. The submissions this year were of an incredibly high calibre, tackling a huge array of sustainable development areas. It was a hard process to pick the winners, and it involved over 90 national and international judges.”