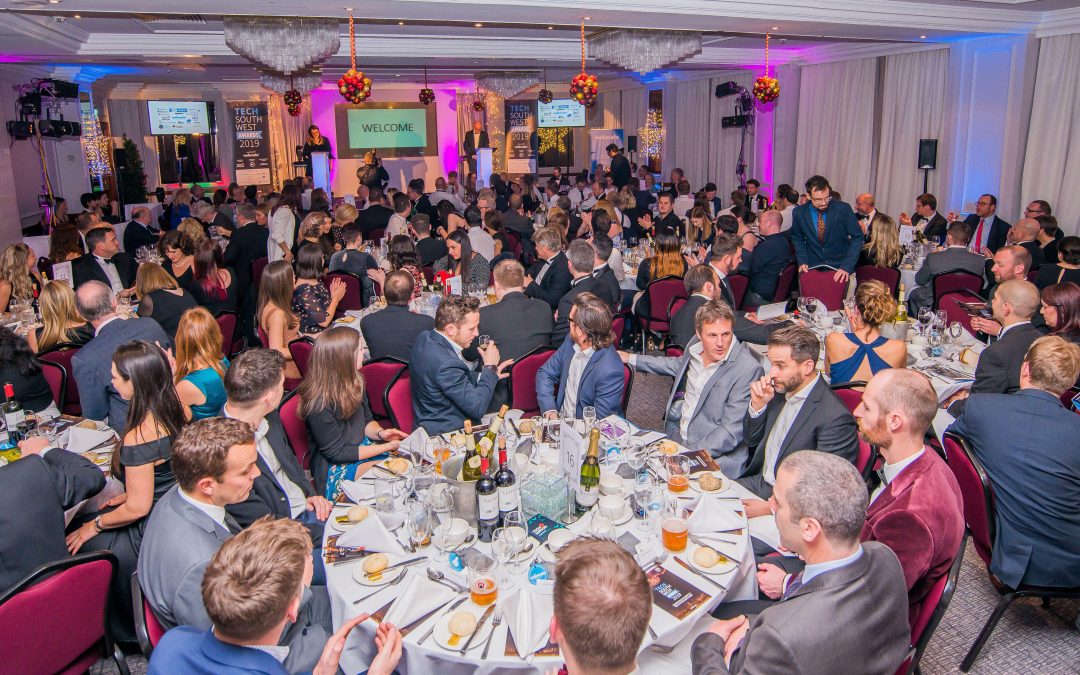 Artificial soil, ultrasound that creates the sensation of touch in mid-air, and a safety at sea app were amongst the array of ground-breaking tech honoured at this year’s Tech South West Awards.

Business leaders, tech entrepreneurs and organisations came together from across the region for the inaugural event, held at the Mercure Rougemont Hotel, Exeter. WebMate, Tech Nation and BT were three of the key organisations to help fund the awards to celebrate and showcase the best ‘tech in the west’.

Bristol-based Ultraleap, which has raised £35m in funding this year for its ultrasound technology, won the Innovation Award and Best Scale-up Award.

Toby Parkins, chairman of Tech South West, said: “It’s wonderful to be part of such a warm, welcoming community who have come together to celebrate successes from all parts of the region.

“Collaboration and sharing our learning has always been a strength of the tech sector. The awards and the amazing individuals and organisations – finalists and winners – reflect that openness and willingness to support each other.”

Gary Hall, CEO of Headline Partner WebMate, said: “We’re delighted to support the first ever Tech South West Awards. As a growing business working with clients across the South West, it was wonderful to see the tech community come together, support and celebrate each other. There were some amazing winners and truly inspiring stories. Technology is a driver for positive change, business growth, education, collaboration and bringing communities and people together. WebMate are proud to support the awards and the region’s growing tech community.”

The Teach Tech Award went to Stephen Amor, of BT, for his work as a volunteer STEM ambassador supporting young people in Cornwall through Software Cornwall, Tecademy, Tech Jams and other initiatives. Alex Roland won the Contribution to the Community Award. He launched Your IT Now in Somerset to help people with learning disabilities around the safe use of technology and the Internet.

Best Start-up Award went to People Matter Technology, for their wellness tech for healthier and more sustainable workplaces. The Tech Research Award went to the University of Plymouth FABSOIL project and EXiST won the Commitment to Diversity Award. The Sustainable Tech Award went to PyroCore, based in Portishead, with Bluefruit Software, in Redruth, winning Best Tech Workplace.

Paul Coles, BT Group English Regions Director, said: “There is a strong and supportive tech community in the region with passion, expertise and a drive for innovation across so many different specialisms. We are proud to be supporting the Tech South West Awards. The awards, and the organisations and individuals honoured, are testament to the vitality of what is the fastest growing part of the economy in the South West.”

Vicky Hunter, co-host and Tech Nation’s Entrepreneur Engagement Manager for the South West, said:  “It’s fantastic that a region as large as the South West has a community-led, collaborative body that ensures voices are heard and represented to showcase the region’s strengths as a whole. Establishing the Tech South West Awards this year has enabled companies and their committed ecosystem supporters to come from all corners of the region to celebrate and support each other.”

Dan Pritchard, co-founder of Tech South West, said: “Technology is key to our future success as a region. Across the sector there’s determination and innovation in abundance. Of course there are challenges, but underpinning it all is an incredible passion for the power of tech to do good and change the world for the better.”