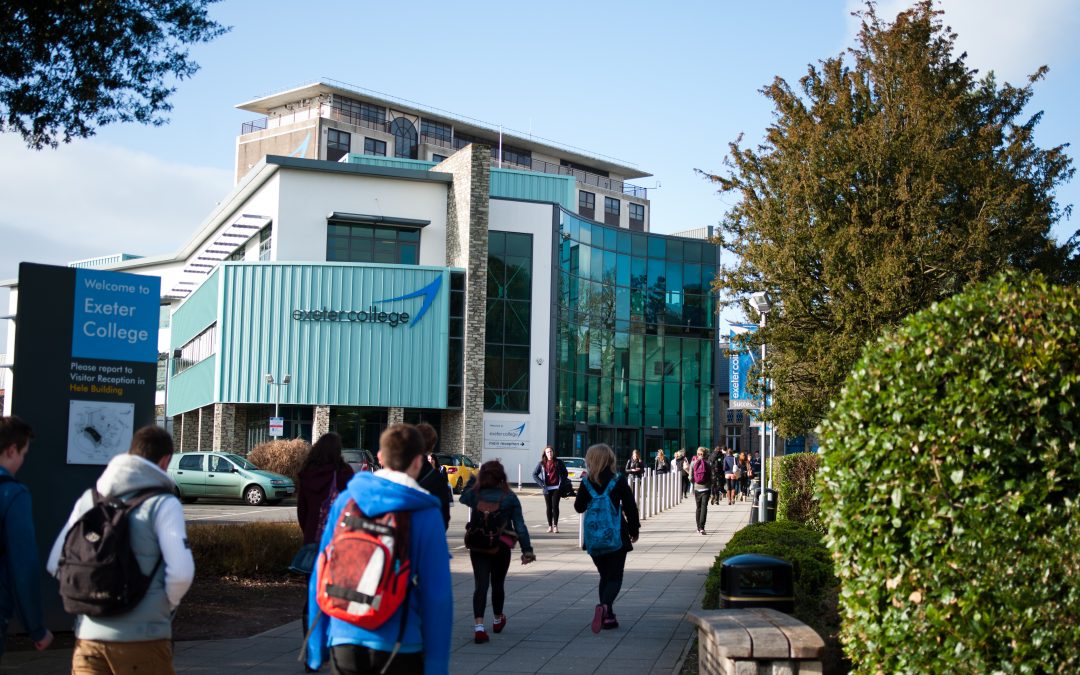 Exeter College has once again been ranked as one of the top colleges in the country in FE Week’s annual NICDEX rankings. This latest ranking means that Exeter College has never left the top five since the ranking’s inception four years ago. The Ofsted Outstanding college has topped the billing twice, come fifth once and this year’s fourth place ranking means they have been the highest ranked college across the four years since the NICDEX was created.

The NICDEX, created by FE Week Editor Nick Linford, ranks 172 further education providers on four key criteria based on data published by the Department for Education. Institutions are given a mark out of 10 in each category and their four scores are combined to produce an overall ranking.

Principal and Chief Executive at Exeter College John Laramy said, “It’s an incredible achievement for us to consistently be one of the highest scoring colleges in the country when it comes to the NICDEX.

“The NICDEX is a measure of how we’re doing as a college based solely on data that is published by the Department for Education. It’s a very open and transparent process and we’re continually one of the top colleges in England.”

This latest achievement follows the news that employers rated Exeter College as the best further education Apprenticeship provider in the four counties of the South West for the second year running.

The college’s latest round of academic results were also exceptional, with A Level learners celebrating a pass rate of 99.7%, well above the national average of 97.6%. International Baccalaureate students also delivered the best results in the college’s history of delivering the qualification; 100% passed and nearly a third of students achieved 40+ points, which is the equivalent to five A Levels at A/A*.

Following the publication of the NICDEX, FE Week Editor Nick Linford said, “The NICDEX was an enjoyable intellectual challenge to create an annual performance table with an overall score, from a mix of key measures,” said Nick.

“Most importantly, NICDEX is transparent. The four measures that make up the NICDEX are published by the DfE.”

Find out how every college in the country ranked in the NICDEX 2019 on the FE Week website.