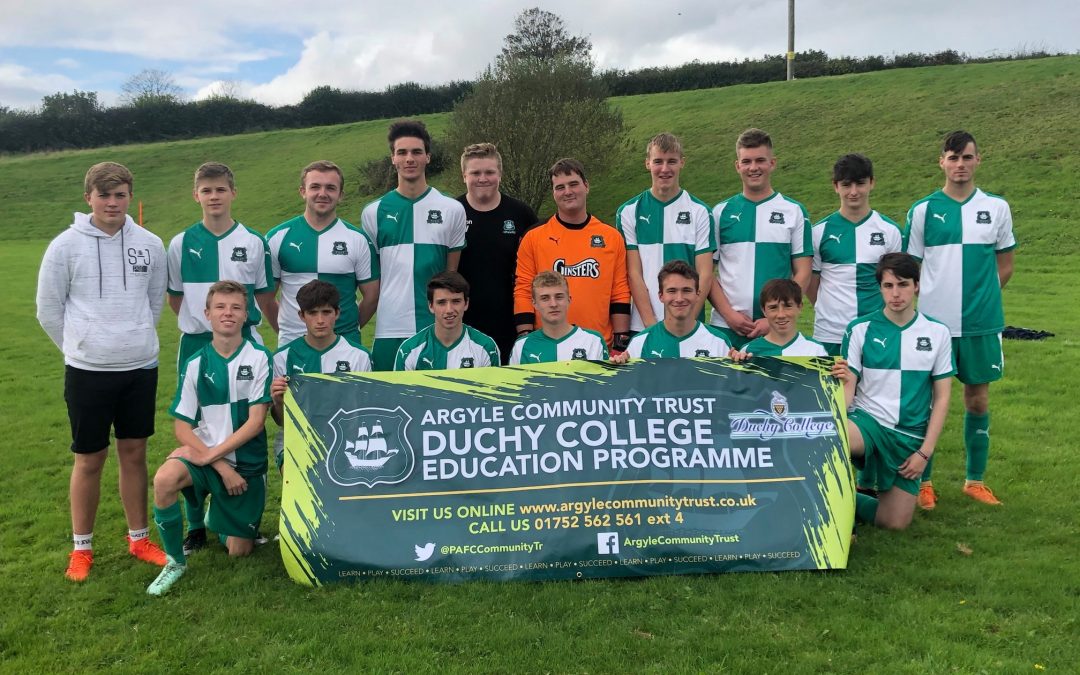 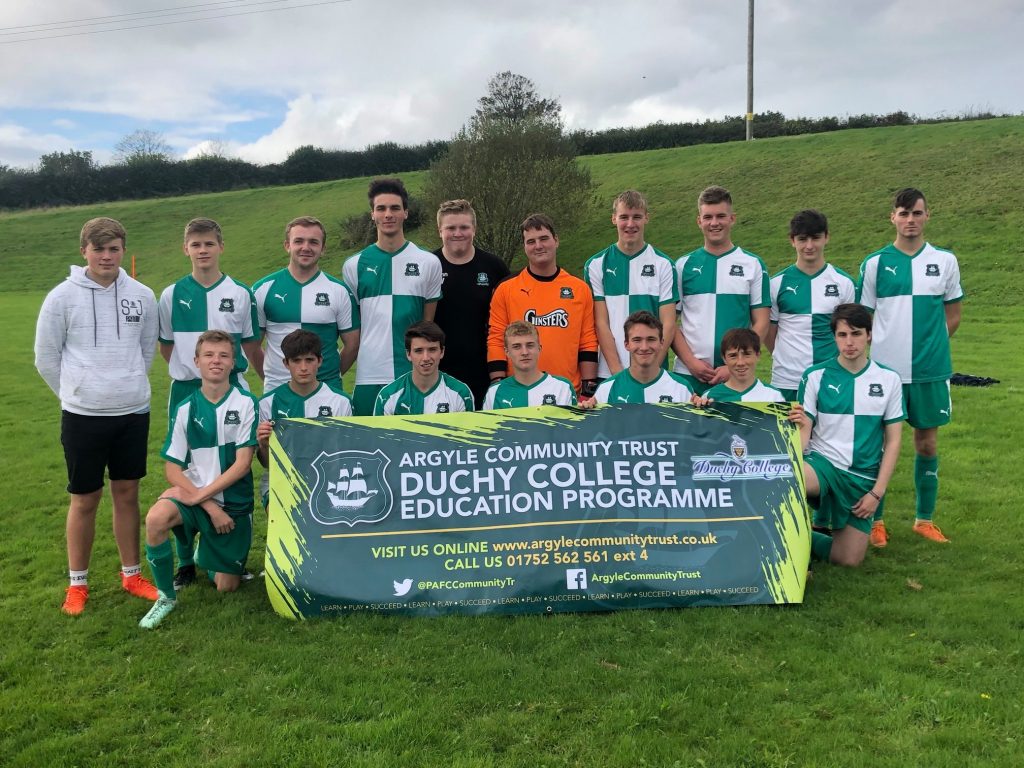 Dreams of developing a career within football are rife as the new season has begins for the students on the Duchy College Plymouth Argyle Football Club (PAFC) Football Education Programme.

On the back of a fine double winning season in their last campaign, both new and returning students at Duchy Stoke Climsland College began new challenges in the premier division of the Devon Wednesday League.

Trained by Plymouth Argyle coach Bobby Hopkinson, the team has been back at work, training hard and developing both individually and as team, working hard to reach new heights and defend last season’s titles, according to BTEC Level 3 Extended student and this year’s skipper, Mark Wilson.

“It’s been great getting back to work with the coaches and we’re hoping to lift some more silverware this season,” he explained.

“It is great having the partnership with Argyle again this year, the coach’s experience and expertise goes a long way to making myself and the team more successful.

“I am so pleased to have been selected as captain his year and hope we can carry on from last year’s success.”

Sports lecturer and team organiser Stewart May, said that unlike many other football courses “our learners get to play regular football at a high standard without the usual long distance travel of college football”.

“Our students are in fact entered into the local men’s Wednesday league against the likes of Marjon and Plymouth universities and a range of military teams such as HMS Raleigh,” he continued.

“Not only does this challenge them, it gives them a better understanding of the men’s game, something at 16 they will now be progressing into.”

“Because we are in a men’s league it means the Argyle coaches can also play, which means that now I have had the opportunity to play alongside two former professionals and players who earn good money playing football on a Saturday,” he said.

“I have learnt far more by actually watching these guys play and put their training sessions in to practice than if I was just to be coached by them.”

Team Lead for Sport at Duchy College, Neil Harris, said the course offers students an excellent opportunity to develop their footballing ability whilst studying for a vocational qualification.

“The partnership with Plymouth Argyle FC gives the students a chance to work with and get the feel of a professional football club,” he added.

For more information on the range of Sports courses available across The Cornwall College Group visit www.cornwall.ac.uk or contact the College on 0330 123 2523.