The Secret to Running Your Own Restaurant in Plymouth 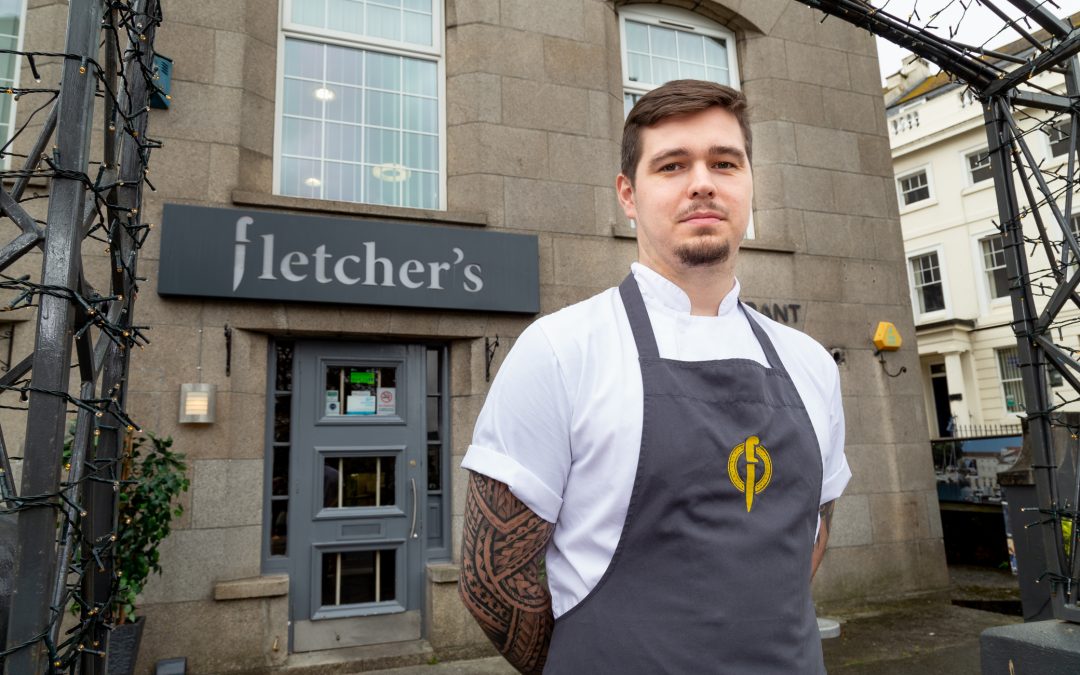 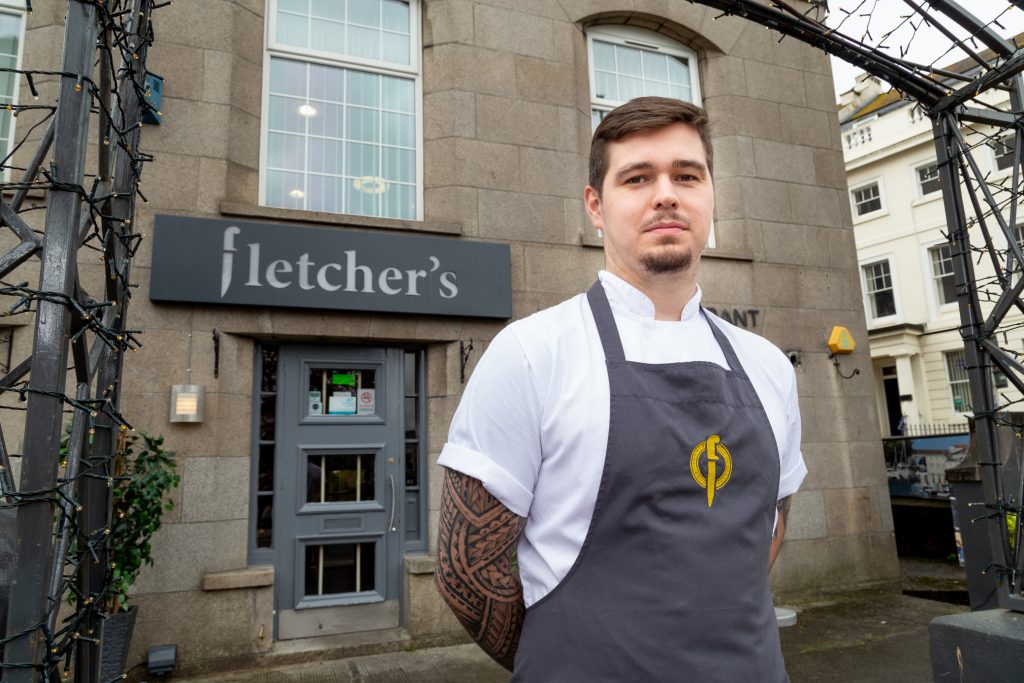 Opening your own restaurant at the tender age of 23 is beyond any young chef’s wildest dreams – but that’s exactly what Fletcher Andrews did.

And he credits City College Plymouth for giving him the foundations to fulfil his culinary passions.

Fletcher’s love of cooking started aged 14 when the St Boniface College pupil completed work experience at the New Continental Hotel – and was offered a job there and then for when he finished school.

Just a few years later he was working alongside top chef and Masterchef winner Anton Piotrowski at the Michelin-star Treby Arms, and he could not have been happier.

At the end of 2018 a long-standing dream became a reality and he opened his own restaurant – Fletcher’s in Princess Street.

But it all started when he enrolled on a two-year Level 2 Diploma in Hospitality and Catering and worked at the New Continental at the same time.

He worked at the hotel for about 18 months while studying at City College, also putting in shifts at sister establishments Morgan’s and The Mission to gain experience of restaurant cooking, alongside knowing how to produce meals for 300 to 400 people at a time at functions.

It was then that he was offered a trial at the Treby Arms, resulting in Anton offering him a job. After a reshuffle in the kitchen, Fletcher took charge for about six months before the restaurant was put up for sale.

But rather than search for a job elsewhere, ambitious Fletcher made the decision to go it alone, despite his young age and others in the trade saying he needed more experience.

He said: “My parents were saying for me to try and own my own restaurant for a long time, they’ve always been the driving force behind me, as well as my girlfriend. There were moments when I wondered if I wanted to do all these hours, but at the end of the day I love cooking.”

When Fletcher and his family learned popular restaurant Chloe’s was on the market, they knew it had potential.

He said: “We went and had a look at Chloe’s and it was everything we wanted and needed it to be. I wanted something smaller to start with to find my feet and it’s bang on now as we are capable of doing 60-70 covers a night.

Six months after opening, the restaurant is doing brilliantly, and Fletcher says he has exciting plans in the pipeline for next year.

He said: “I love every second. I wouldn’t change it for the world and it’s even better as I have all my family and girlfriend working with me. It’s amazing.

“City College was definitely the best place for me to go. They teach you everything you need to know to go into a professional kitchen – all the basics, your knife skills, making basic sauces, pastries. It’s a brilliant foundation and stepping stone to go and work in a professional kitchen.

“If people are thinking about going to College I’d say definitely do it, whether it’s just for one year or two. Learn the basics as it’ll really help you in a professional kitchen.

“Walking straight into a professional kitchen, a chef has to go out of their way to teach you and help you and you can feel the frustration from them. But once you’ve been to College and learned the basics, they can give you set jobs and you get on with it.

“Every chef I’ve worked with in Plymouth went to City College which is incredible. It does go a long way and is a ringing endorsement.”

If you are interested in starting your career in the hospitality and catering industry, explore the range of courses and Apprenticeships that City College Plymouth has on offer by attending our Open Day on Friday 23 August, by calling 01752 305300 or by visiting cityplym.ac.uk.