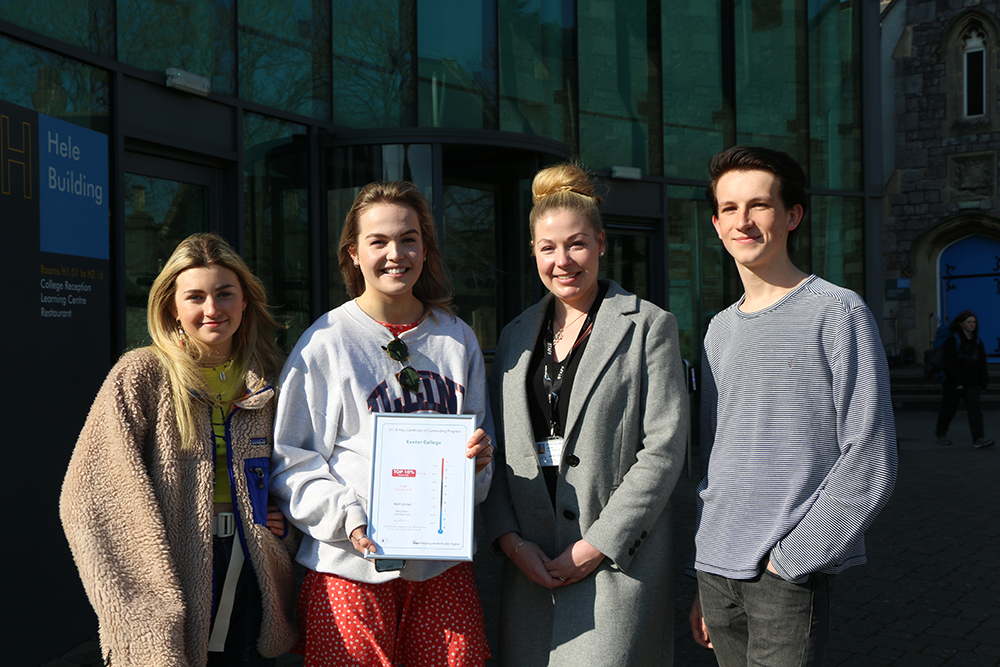 Exeter College is celebrating national ‘Love Our Colleges’ Week – a national celebration of Further Education colleges across the nation.

The nationwide ‘Love Our Colleges’ week, 13-17 May 2019, coordinated by the Association of Colleges (AoC) seeks to highlight the brilliant work that goes on in FE colleges.

The campaign also highlights how better investment in Further Education across the country could have a significant return on investment for UK Plc – particularly enabling outstanding colleges like Exeter College to do even more as powerhouses for growth, productivity, and social mobility for their communities.

Throughout the week, outstanding Exeter College will be showcasing just some of the recent achievements of its staff and students.

Exeter College, with its vision to be an exceptional college, has a mission to shape the future of education by delivering excellence in all aspects of its work, in order to realise the ambitions of its learners, city and region.

“The aim of the week is to raise the profile of the life changing work done by colleges and in the case of Exeter College, we hope to share a few examples of our progress towards our vision of becoming an exceptional college.”