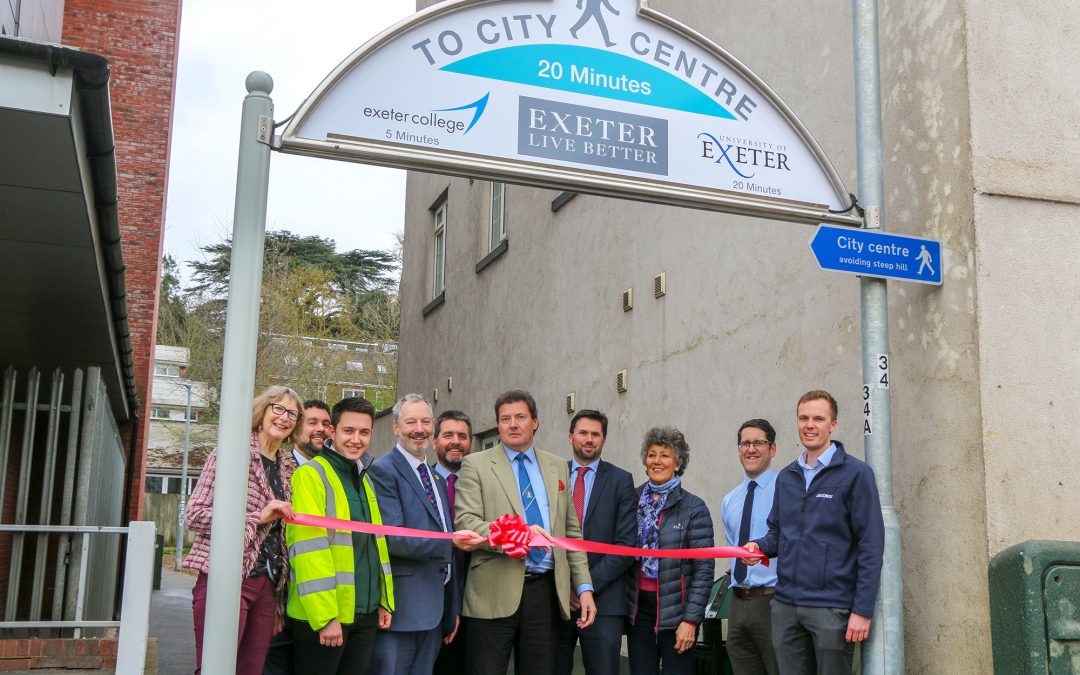 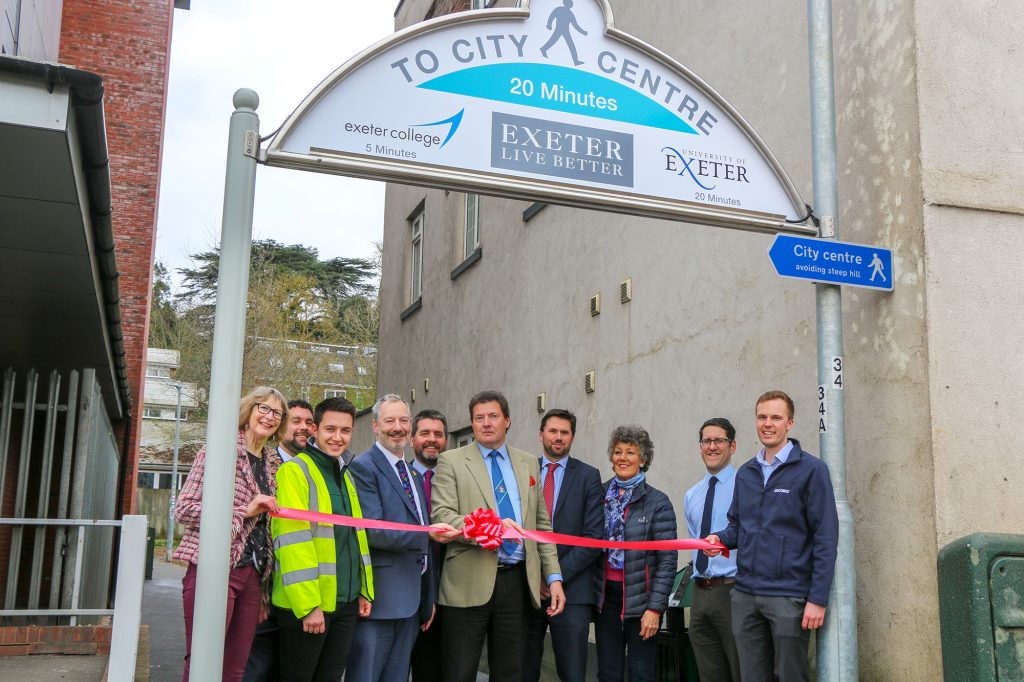 One of Exeter’s most used pathways has been improved thanks to a partnership project in the local community.

The St Clements Lane pedestrian gateway to the city was made possible due to Exeter College’s successful £60,000 bid to Great Western Railway’s (GWR) Customer and Communities Improvement Fund, and £50,000 match funding from Devon County Council.

The enhancements to the much-used lane included new surfacing, reprofiling the gradient to make it more even, replacement LED lighting, illuminated handrails, a crown lift on the trees to improve day and night levels, and a new ‘gateway’ sign to the city centre, college and university.

“There is much synergy between this project, the Exeter College masterplan, and the Exeter Live Better vision for the future, such as the Red Cow Village Development.

“The college would like to thank everyone who has been involved, all of the partners, and the St David’s Neighbourhood Partnership.”

Councillor Andrew Leadbetter, Cabinet Liaison Member for Exeter, Devon County Council, said: “This is a very well used route by students, residents, commuters and visitors to Exeter but the lane was previously dark, unattractive and in poor condition.

“By working effectively in partnership with Exeter College and bringing match funding to GWR’s grant fund, we’ve been able to create a brighter, safer and more appealing gateway to the city.”

GWR Assistant Regional Development Manager Lewis Ward said: “GWR recognise the vital role that rail plays in the local and national economy; and we are committed to improving the journeys of our passengers, as well as the economic prosperity and social footprint of the regions and communities we serve.

“It is fantastic to see our funding being put to such good use, revitalising this in demand walking route between the station and the city centre.”