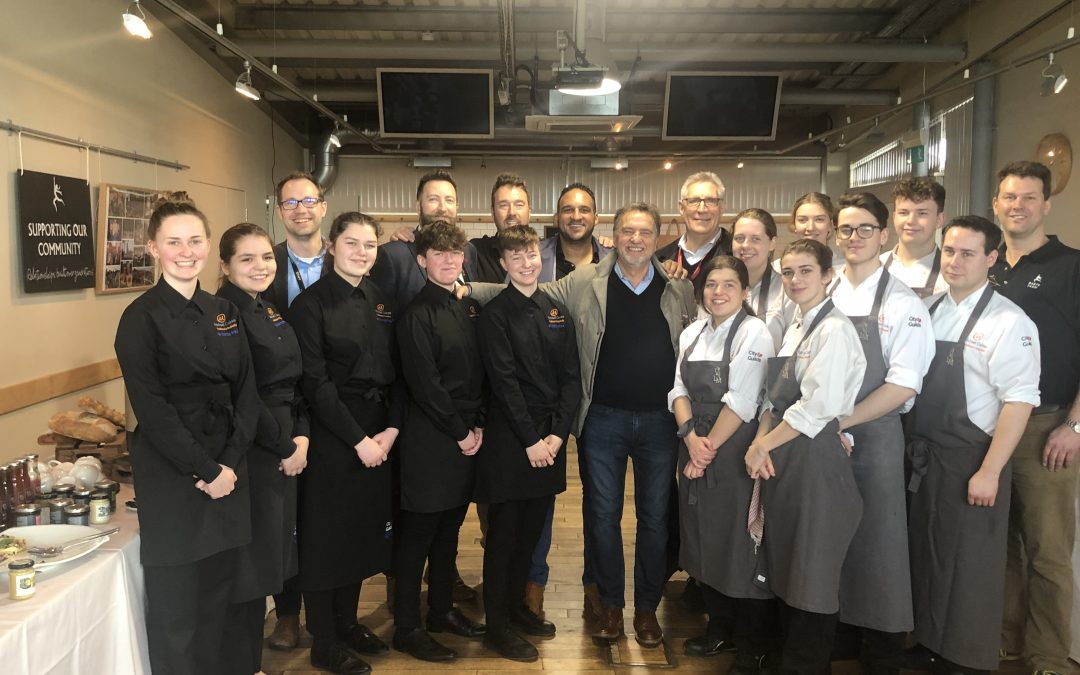 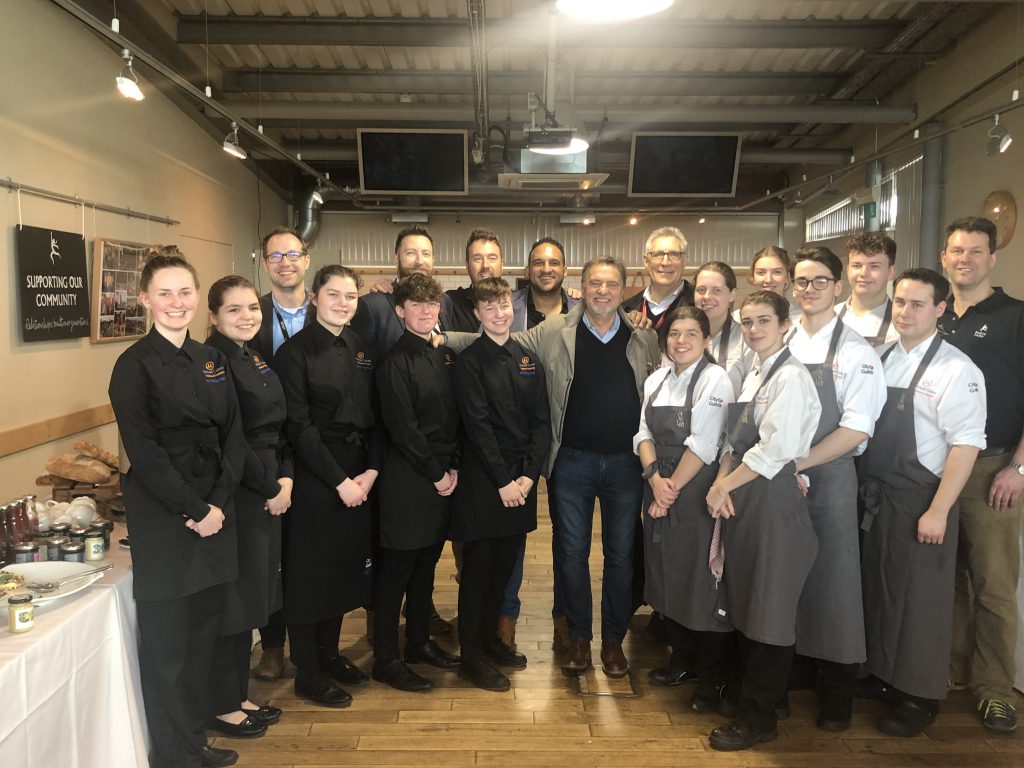 The college was extremely proud to host some of the very best chefs in the world, including Raymond Blanc, Sam Moody and Gary Jones.

The visit was for delegates of the annual Relais & Châteaux conference, hosted by Michael Caines MBE, chef/patron of Lympstone Manor, one of Britain’s most popular and well-known chefs, and founder of the Michael Caines Academy.

It aimed to show how chefs can use their skills and knowledge to set up similar projects as the Michael Caines Academy while working with educational partners in their local area.

Relais & Châteaux is a collection of the very best gourmet restaurants, boutique hotels, resorts and villas.

Students were at the heart of the visit, which took place on February 11th, with some hosting at the college and others cooking and serving a lunch of locally inspired dishes at Darts Farm, with the Lympstone Manor team.

John Laramy, Exeter College Principal and Chief Executive, said: “We aim to become an exceptional college, to do this it is critical that all of technical and applied provision has a direct line of sight to industry.

“The visit of work class chefs to Exeter College, is a motivator for our students, showing them not to limit their ambition!  In addition it means that our staff are able to work alongside and share practice with true world leaders in their field.  It was a pleasure for Exeter College and the Michael Caines Academy to host such a prestigious group of restaurateurs.”

Michael Caines MBE, who hosted the visit, said: “We were humbled to welcome renowned Chefs from Relais & Châteaux UK and Ireland to the college this year and the purpose of the visit, was to look at best practices and inspire the chefs with what we are doing here at the Academy.

“We wanted to show them examples of challenges we face in the industry, how we overcome them and also how we train the future generation to the levels required to be outstanding in the industry.

“Some of the best Chefs in UK and Ireland had the opportunity to look at what we do at the Academy, and take from it examples that may help them, their teams and their own working environment.

“I think it was important to showcase what we are doing here at Exeter College and the Michael Caines Academy because of the high achievement rates of our students, as well as the highly positive impact they are making on the wider industry both within and outside the region.”

Programme Manager for the Michael Caines Academy, Exeter College, Matthew Pickett said: “It was great for the students to be able to demonstrate their passion and ability in front of over 30 of the UK & Ireland’s leading chefs and hoteliers.

“Several students have been offered placements and given business cards for their future development. It was also a great chance for them to mingle and chat with some of the industry’s leading figures.”

Michael Caines Academy student Rose said: “It was incredibly humbling to be in a room surrounded by so many industry legends, and an honour to be part of that.”

Isabella, another Michael Caines Academy student, said: “As students we greatly appreciated the visit and being part of it. It is very rare to get the opportunity to be in a room with so many influential people. It allowed me talk to Gary Jones, the Head Chef of Le Manoir, who I highly respect as a chef, and hope to work with in the future.

“The task of catering for the guests was a little bit daunting to start with, but once we all relaxed it became a very enjoyable experience.”

Meanwhile, Michael Caines Academy student Charlotte added: “It was really interesting hearing the different perspectives and ideas, and how they are always wanting to see what’s next. The Relais & Châteaux representatives and the chefs were interested in not only the academy but in us as individuals.

“Everyone was so down to earth and humble. The whole day was a great experience where not only we made new contacts, but also learnt a little more about the whole hospitality and catering industry.”