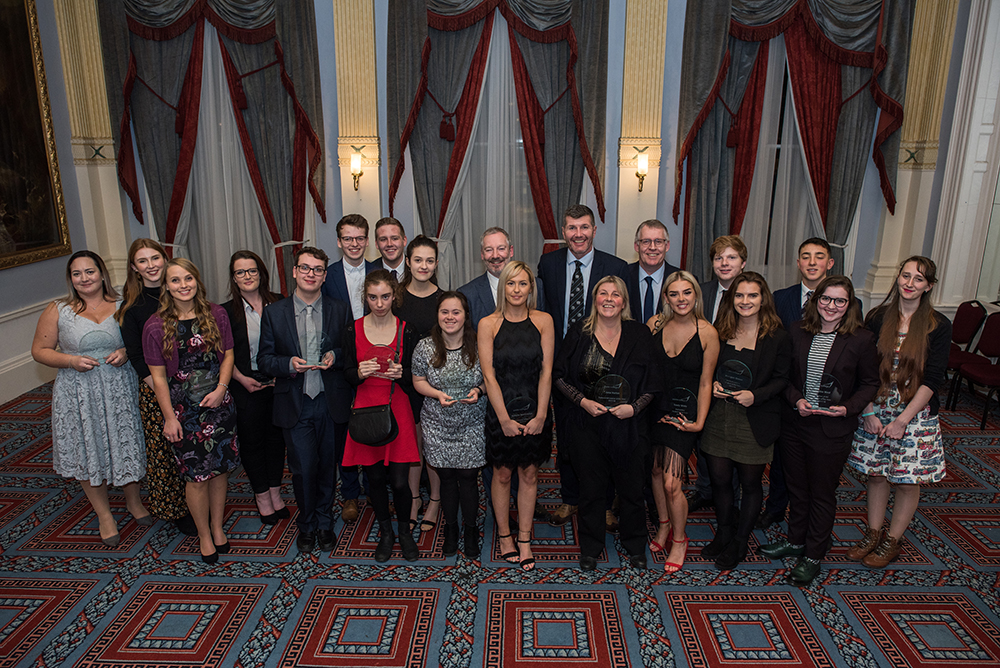 The Exeter College Student Awards has celebrated the successes of outstanding students – marking yet another stellar year.

The award winners covered the broad range of programmes on offer at Exeter College, including A Levels, the International Baccalaureate, Technical Programmes, part time programmes and an increasing range of Apprenticeships.

The college was delighted to welcome Rob Baxter, Exeter Chiefs Director of Rugby and Exeter College alumnus, as the guest speaker at the awards.

The college would like to thank the many sponsors who supported the inspirational event, held at Exeter’s Mercure Rougemont Hotel.

The awards mark the culmination of an outstanding year at the college, highlights include the college’s best ever results, a top ranking for employer satisfaction, Exeter College being named top college for STEM nationwide, and, with the support of the LEP, the official opening of a state-of-the-art £3 million Advanced Engineering Centre.

To cap it all, Exeter College was recently named as a finalist for the coveted title of ‘FE College of the Year 2019’ in the national Tes FE Awards.

“It gives us the opportunity to acknowledge, in particular, those students who have excelled in their studies, preserved under difficult circumstances, or have contribute positively to their peers, faculty, college and the wider community.

“We recognise that our success is not luck, an absolutely key ingredient is our partners and employers. We are extremely proud of the college’s role in our community, which is reflected by the wide range of sponsors for our awards. Thank you to all of our supporters.

“This year we were delighted to welcome, as our guest of honour and guest speaker, Rob Baxter, Exeter College alumnus and Director of Rugby at Exeter Chiefs.”

Rob Baxter, Director of Rugby at Exeter Chiefs, said: “As someone who had previously attended Exeter College I was delighted to be invited to speak at an awards dinner that recognised and celebrated the achievements of so many young people.

“Some of their stories are truly inspirational and to see the support the students have, not only from their college faculties, but also from the wider business and civic community really brought home the positive work the college does within the city of Exeter and the wider community.”

We are also grateful for our other event supporters, Purple, The Cover Cupboard, and Pollards Print.

Thanks also go to Exeter Live Better for supporting the drinks reception at this year’s Student Awards.