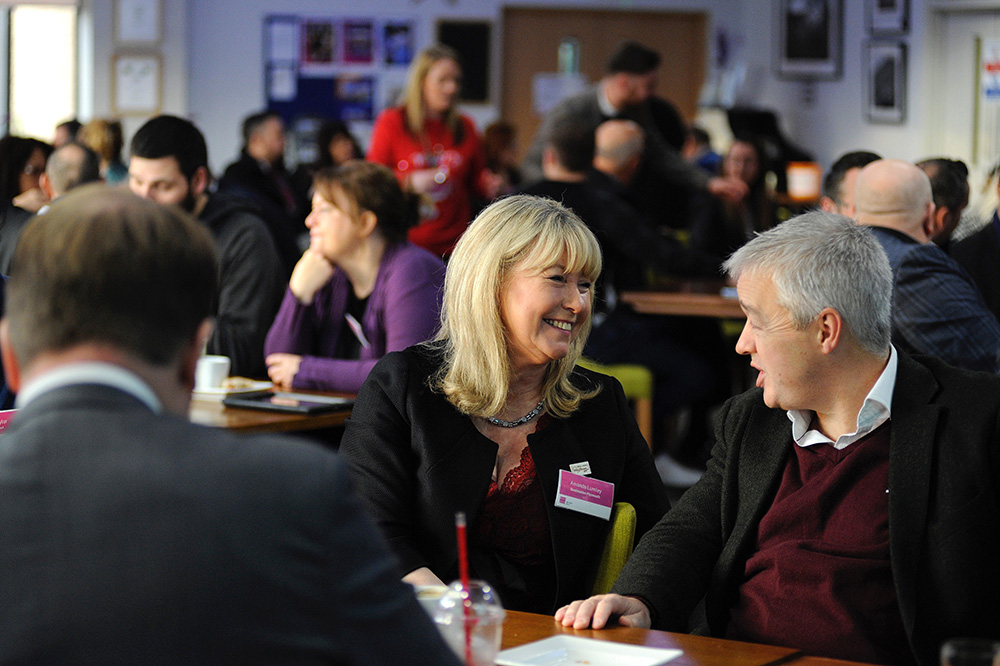 A petition calling on the Government to make urgent improvements to the South West’s rail infrastructure has been launched, inspired by City College Plymouth’s popular Talking Business event.

Jonathan Keable, owner of Business Success SW, created the petition as part of the region’s bid to lobby ministers for significant investment to prevent damaging disruptions to its often brittle rail link.

Jonathan was one of the business leaders who gathered to dine and debate the issue at the College’s PL1 restaurant for September’s Talking Business event.

Speakers Tudor Evans (Plymouth City Council Leader), Richard Stevens (Managing Director, Plymouth Citybus) and Matthew Barnes (Regional Development Manager, GWR) illustrated the scale of the problem – particularly the fragility of the line at Dawlish, where the tracks were left dangling over the coastline during the winter storms of 2014.

The petition has since been supported by Jonathan’s fellow members across the region at the Federation of Small Businesses (FSB). It joins significant lobbying efforts by organisations such as the Devon & Plymouth Chamber of Commerce and the South West Business Council, and supports the work of the Peninsular Rail Task Force, set up to coordinate partners from across the South West to put the case for greater investment.

Jonathan said: “As the winter weather begins to tighten its grip on our fragile rail line it’s more apparent than ever just how urgent an upgrade to the South West’s rail infrastructure is – particularly overcoming the recurring issues at Dawlish.

“The last Talking Business resonated strongly with everyone in the room and encouraged me to seek the support of members of the FSB.

“I hope our petition will add to the many voices urging ministers to give the region its fair share of funding and a railway fit for the 21st Century.

“Events like Talking Business are crucial for raising awareness of such issues and I’m delighted the FSB can contribute to helping lobby on such a crucial topic for Plymouth and the wider region.”

The Peninsular Rail Task Force’s 2016 report Closing The Gap sets out the long term improvements needed to close the growing gap between the South West and the rest of the UK in terms of rail funding and improvements. Investment is expected to deliver more than £8.4 billion in economic benefits over the next 20 years.

You can support the lobbying effort by signing this petition https://www.change.org/p/south-west-railway-investment-closing-the-gap.

Talking Business is held in partnership with Devon & Plymouth Chamber of Commerce and Plymouth Live. It brings together high-profile speakers and business leaders to debate the most pressing issues affecting the region.

To find out more about the College’s Talking Business events, please call 01752 305026 or e-mail employers@cityplym.ac.uk.