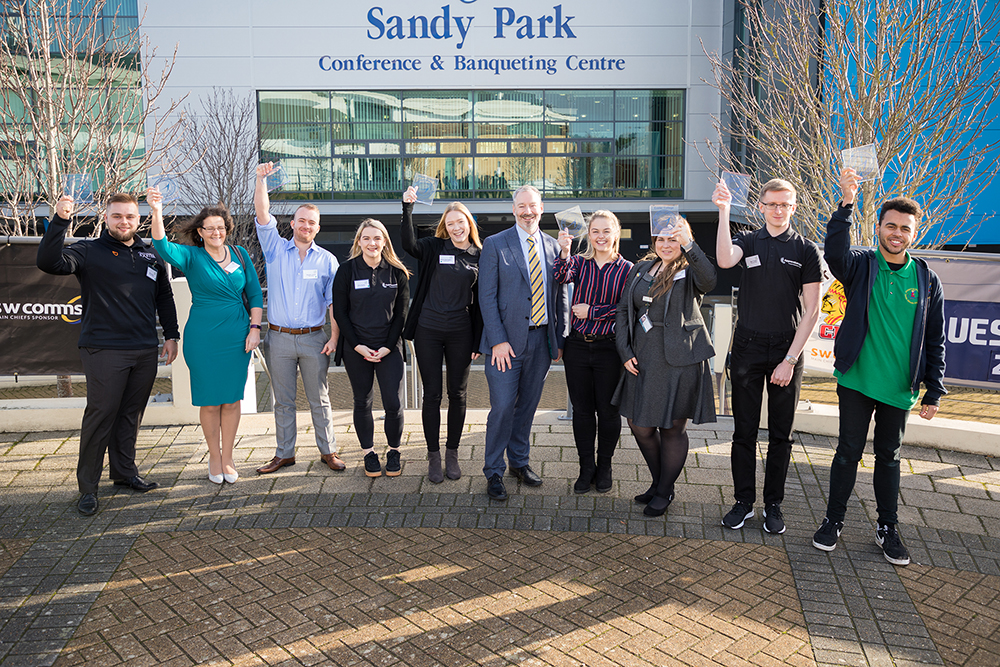 More than 200 of the South West’s leading employers – as well as keynote speakers of national importance – have attended a flagship Apprenticeship conference, hosted by Exeter College at Sandy Park.

The landmark Bringing Clarity to the Future of Apprenticeships 2018 Conference provided the latest updates in employer, education and government thinking around Apprenticeships, to organisations from across the South West.

The conference also gave employers the opportunity to engage with experts in some of the technical aspects of Apprenticeship training in sessions led by City & Guilds, Exeter College and the University of Exeter.

A session specifically designed for schools featured presentations by the Young Apprentice Ambassador Network and the Education and Training Foundation.

David Hughes, CEO, Association of Colleges, said: “It was a pleasure to speak to employers in Exeter about the power and value of apprenticeships to their businesses and the excellent services that Exeter College provides. It was inspiring to hear from apprentices about how they are taking forward their careers and supporting other people to benefit from being an apprentice.”

With Apprenticeship numbers in decline nationally, Exeter College is bucking this national trend with a record year of growth in Apprenticeships.

Meanwhile, Exeter College is the best FE College in the South West for exceptional employer satisfaction, according to official figures. The college is positioned in the top spot regionally and second out of circa 200 FE colleges nationally, scoring 99% – very close to a near perfect 100% – for employer satisfaction.

Director of Apprenticeships at Exeter College, Mike Blakeley said: “Despite the challenges that are presenting themselves on the national agenda we recognise that the employers in the South West are hugely positive about Apprenticeship training. Through our work with them we see amazing and innovative employer programmes that really deserve to be celebrated on a national stage.”

“The conference gave employers based in the South West, those associated with the college, plus those who use other apprenticeship provision, the opportunity to hear national voices talk about the policies, challenges and opportunities that affect us all in the apprenticeship world. That is why we put so much time and effort in to hosting this event.”

The conference, which took place on November 30th 2018, featured a strong apprentice voice throughout.  Apprentices of all ages, in a variety of roles from digital, engineering and management were on hand to share experiences and showcase the fast moving and dynamic world that is Apprenticeships.