Chef students take to the stage at festival 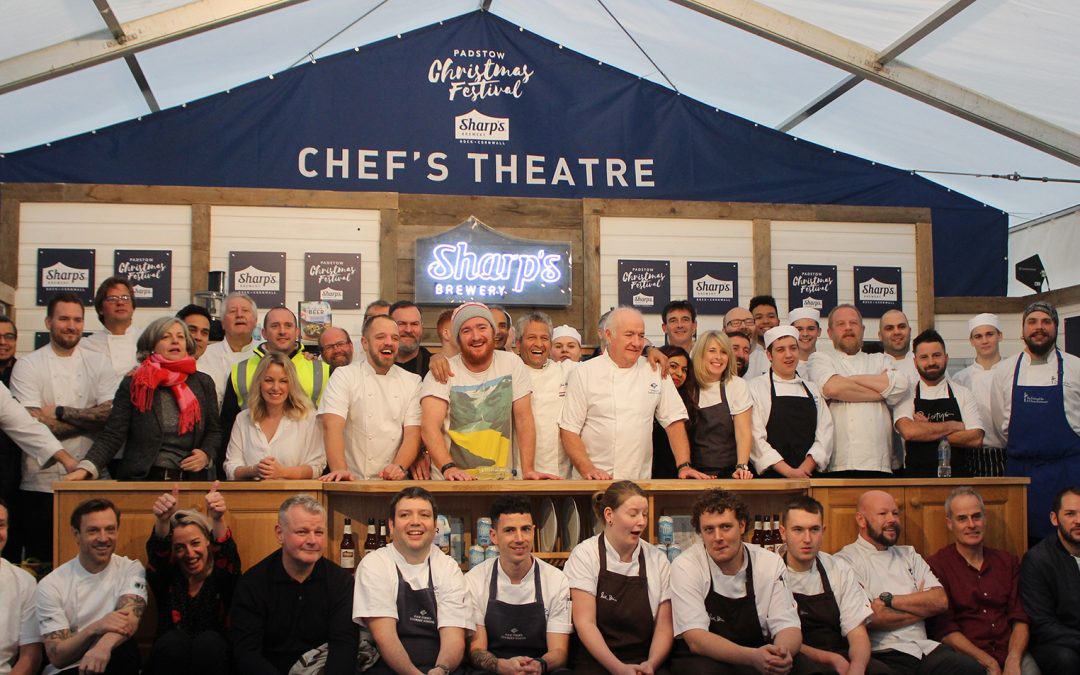 Some of the county’s top trainee chefs have been praised for their efforts in helping at one of the region’s most popular food extravaganzas.

The Padstow Christmas Festival has grown dramatically over the past 11 years and attracts thousands of visitors and some of the best chefs and food experts in the country.

Trainee Chefs from Cornwall College, were once again on stage assisting the popular food demos at the annual Padstow Christmas Festival.

Chef Lecturer Steve Rudd organised the opportunity and explained how this festival was the best one yet.

“We did the festival last year and the students did such a great job they asked us back again this year, only this year we were asked if we would do two demonstrations on the festival stage so the students cooked while I compered,” he said.

“They were fantastic, the comments we had from the professional chefs that they assisted were magnificent, I’m really proud of them all!”

The organisers of the event were said to be “in awe” of the students’ professionalism and the students were “buzzing” from the experience.

Lewis Wallace, Professional Cookery student said what a highlight this experience was to his training.

“It was great meeting all the professional chefs and getting to work alongside them, I enjoyed meeting chefs such as Paul Ainsworth and Adrian Oliver,” he explained.

“It also helped me with my confidence and I learned a lot from the other chefs.”

Miles Ball was one of the four students who took part in giving a live demonstration, and was asked if he was nervous about it.

“I love cooking; especially in front of people so I wasn’t nervous at all – it definitely increased my confidence,” he said.

“When I was a young boy I baked with my Gran and cooking is all I’ve ever wanted to do since then.

“When I’ve qualified I’d like to travel the world and gain as much experience as I can so eventually I can have my own restaurant or even work on TV one day.”

Student Kirsty Simons assisted Birmingham-based Michelin Star Chef Glynn Purnell during his demo and afterwards he offered her a job in his restaurant in Birmingham, which was a compliment to Kirsty’s talent and passion for the culinary arts.

Grant Mather, Head of Hospitality and Tourism at Cornwall College explained what a “fantastic opportunity” this had been for the students.

Grant also gave special thanks to Steve Rudd for arranging this experience for the students and for supporting them during the four day festival.

For more information on the range of Catering & Hospitality courses available across The Cornwall College Group visit www.cornwall.ac.uk or call 0330 123 2523.