Access to HE student awarded for outstanding achievements in prestigious competition 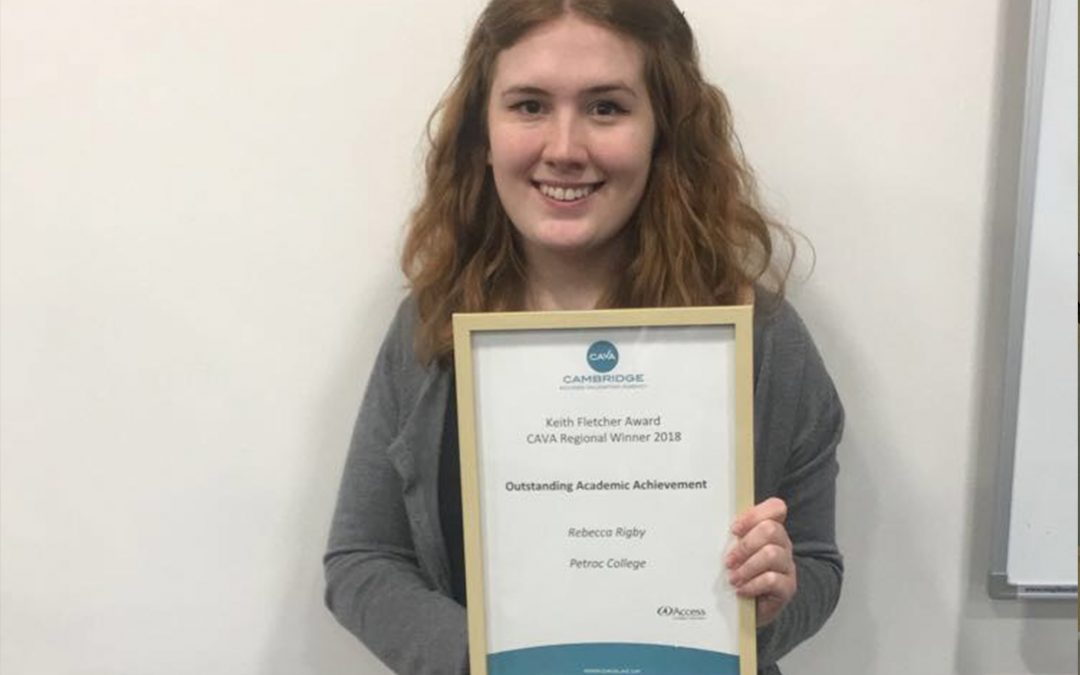 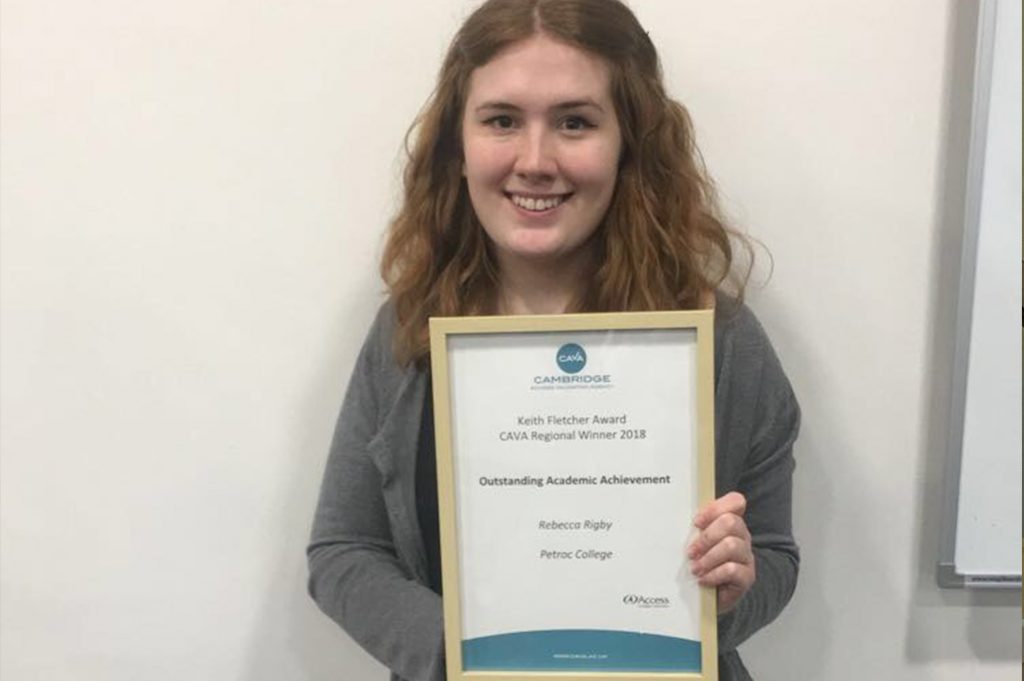 An Access to Higher Education (HE) student from Petroc has picked up a prestigious award from CAVA (Cambridge Access Validating Agency), for her outstanding performance on her course.

Rebecca Rigby, who studied the Access to HE Diploma in Humanities at the college’s North Devon Campus, attended the CAVA annual conference in Cambridge on 29 November, where she was announced as the regional winner of the Keith Fletcher Award for outstanding academic achievement.

CAVA designs and validates Access to HE diplomas and every year awards students for their performance on the course in a variety of categories.

Rebecca has overcome many challenges to succeed on the Access programme. Shortly after sitting her AS-level exams she had a stroke following an operation to remove a tumour from her brain, and was left with significant physical disabilities. Rebecca spent almost three months in hospital, and once discharged underwent a long period of physiotherapy, speech and language therapy and occupational therapy. As a result, Rebecca had to abandon her plans to complete her A-levels, but never once abandoned her plans to study at a top university.

Rebecca said: “I was determined to return to study and not to let my disabilities hold me back. I would say to anyone in a similar position as me not to doubt their academic abilities. It can be daunting returning to study, but I enjoyed it from the very first lesson.”

Speaking after receiving the award, she said: “It took a while for me to actually realise I had been nominated for the CAVA Award and I feel extremely proud of this achievement.”

Rebecca was nominated by her lecturer, Suzi Smale, who said: “Rebecca was an absolute delight to teach from her very first day on the Access Diploma, she demonstrated an exceptional level of drive and determination and her thirst for knowledge was obvious to everyone. I am so proud of her achievements, and she deserves the incredibly successful future I firmly believes she has in front of her.”

Rebecca gained an impressive 42 credits at Distinction on her course and is now studying Sociology at the University of Bristol and hopes to either progress to a Masters in Law: Human Rights or a PGCE.