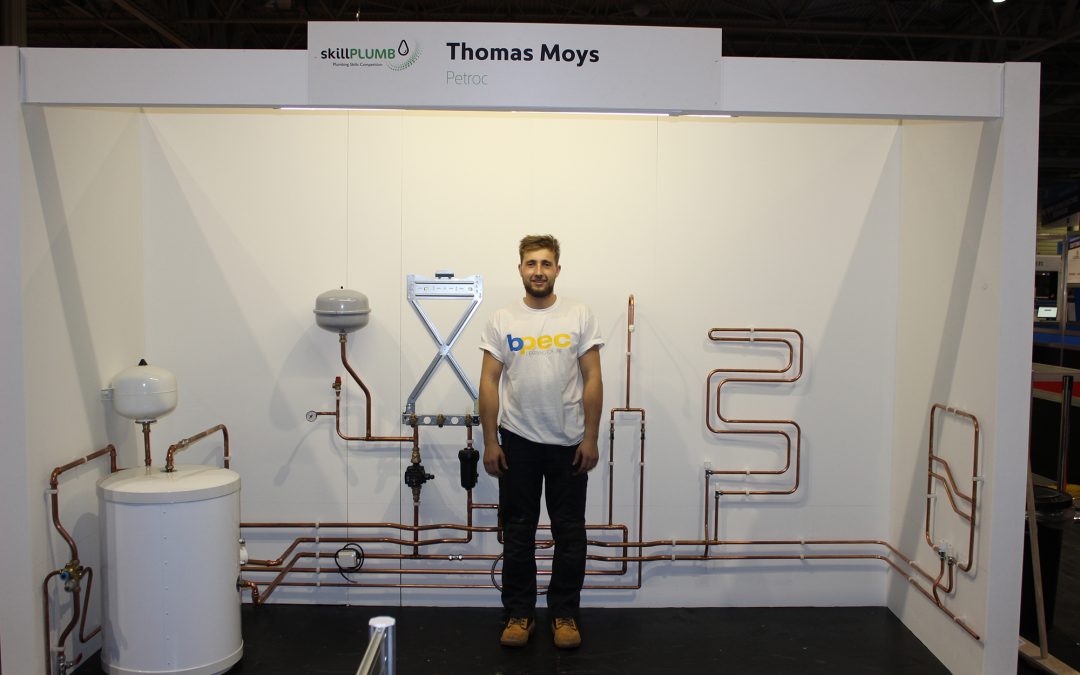 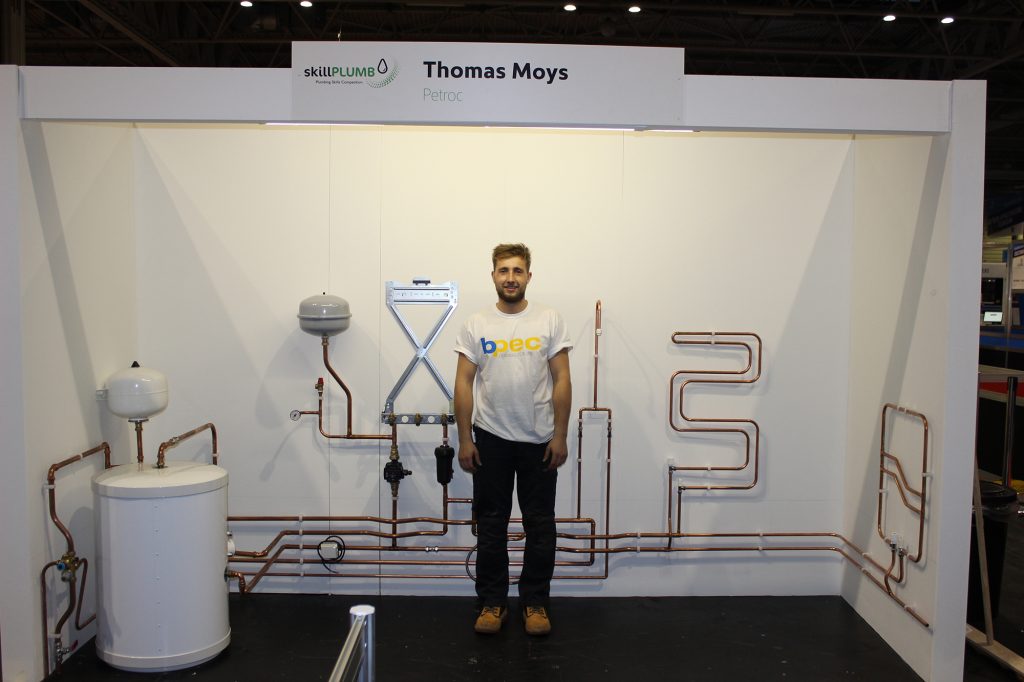 A plumbing apprentice from Petroc picked up the bronze medal at SkillPlumb at the NEC in Birmingham last week, after reaching the last eight of the prestigious competition.

Tom Moys, 20, who is studying an Advanced Apprenticeship in Plumbing and Mechanical Engineering Services at the college’s North Devon Campus, secured a place in the final of SkillPlumb after putting on an impressive performance and winning the regional final in Chichester earlier this year.

The annual competition is designed to promote standards and skills across the plumbing industry and this year’s final took place at The Skills Show, the nation’s largest skills, apprenticeships and careers event, which is visited by over 8,000 people each year.

Tom, who has been plumbing since he was 10, said: “The final was a huge step up from anything I’ve ever done before. It was all about working quickly and accurately, as there was just a 1mm +/- tolerance!

“It was strange but also quite exciting to be so on show whilst working. Visitors would come and watch you work and ask questions to those involved in the competition, which was definitely an added pressure.”

Tom currently works for Lymath and Moys Ltd, his father’s business. He said: “My dad came to the presentation ceremony and was clearly very proud when I was announced as the bronze medallist.”

This is not the first taste of success for Tom. Earlier this year he was runner-up in the HIP UK Heating Apprentice of the Year Competition.