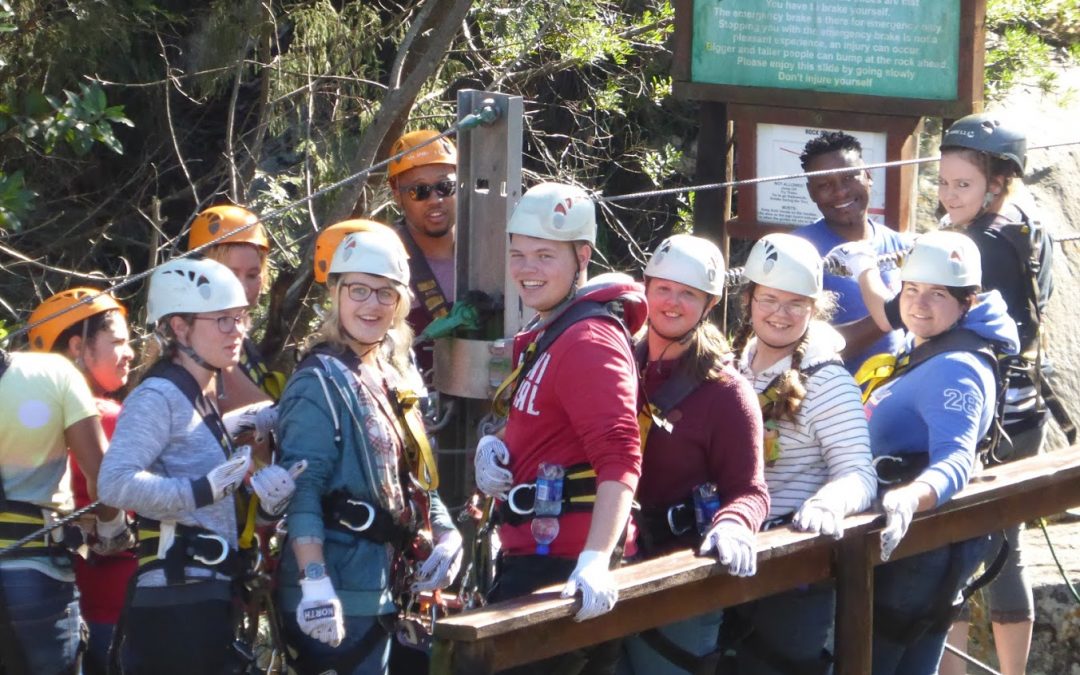 A group of students from Cornwall have returned from a trip that saw them protecting the white rhinos and elephants in South Africa.

The Duchy College students headed to Shamwari Game Reserve, which is home to vast herds of wildlife, birdlife and incredible ecological diversity.

The level 3 Animal Management & Zoo Diploma students took part in tracking, identifying and recording the movements of white Rhinos and African elephants. They also had the opportunity to go out on anti-poaching night drives – with a lesson on threats to local wildlife, which also allowed them to observe nocturnal African animals.

Student, Kathryn Burrell, said it was “such an amazing opportunity”.

“As well as going on game drives we also assisted the reserve by bush clearing, chopping down acacia trees and filling in road holes formed by wallowing warthogs,” she explained.

“Keeping the roads clear is important as it allows the anti-poaching teams to quickly move around the reserve.

“We also aided the local community by running English and math lessons for the local children at the onsite school and were in return treated to African singing from the school children.”

The group also went to Plettenburg bay on the west coast of South Africa, where they abseiled through waterfalls, spotted Great White Sharks and got to see one of the world’s largest cape seal colonies, with 6,000 gathered.

On their last day they visited the Born Free facility, were they met big cats that have been rescued from all over the world.

They were also treated to a visit to Shamwari’s Wildlife Rehabilitation Centre, where they met baby animals who have been orphaned and are being rehabilitated to be able to survive in the wild. The baby white rhino and elephants were a clear favourite in the group.

Programme Manager, Shaun Rowlands, said to see the students flourish in this environment was “brilliant”.

“They all gained a lot of knowledge of the wildlife as well as learning a lot about the culture,” he added.