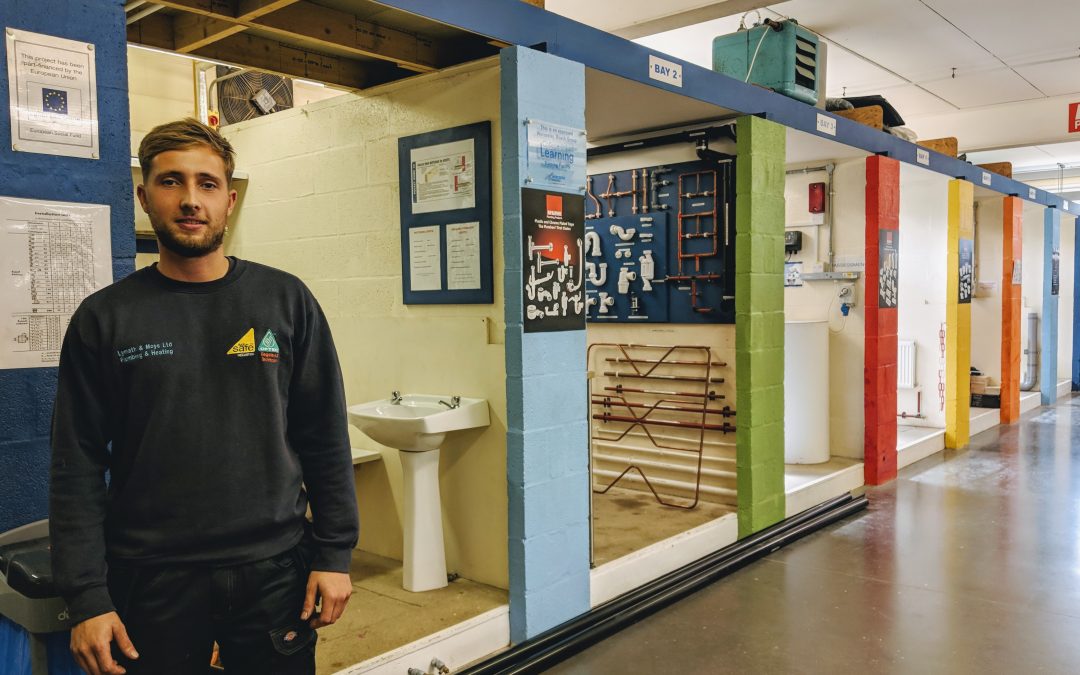 A plumbing apprentice from Petroc has reached the last eight of a national skills competition and will compete at a prestigious final at the NEC in Birmingham in November.

Tom Moys, who is studying an Advanced Apprenticeship in Plumbing and Mechanical Engineering Services at the college’s North Devon Campus, secured a place in the final of SkillPlumb after putting on an impressive performance and winning the regional final in Chichester earlier this year.

The annual competition is designed to promote standards and skills across the plumbing industry and this year’s final will take place at The Skills Show, the nation’s largest skills, apprenticeships and careers event.

Tom, who has been plumbing since he was 10 and currently works for Lymath and Moys Ltd, his father’s business, said: “This will be a big step up from what I’ve done before, so I will be working hard between now and then, practising old papers and working on time management and accuracy.

“I owe a lot of this to my dad, who always keeps me driven, and the support of my lecturers here at Petroc who saw potential and believed in me,” said Tom.

Harvey Brades, Tom’s lecturer who entered him into the competition, said: “Tom has conducted himself very well in the competition. He’s very professional even though he’s still in training.

“We’re all very proud of him and wish him all the best in the final. We have a lot of faith in his ability which is why he was selected,” he added.

This is not the first taste of success for Tom. Earlier this year he was runner-up in the HIP UK Heating Apprentice of the Year Competition.