Petroc students launch song to inspire others to ‘Dream Big’ 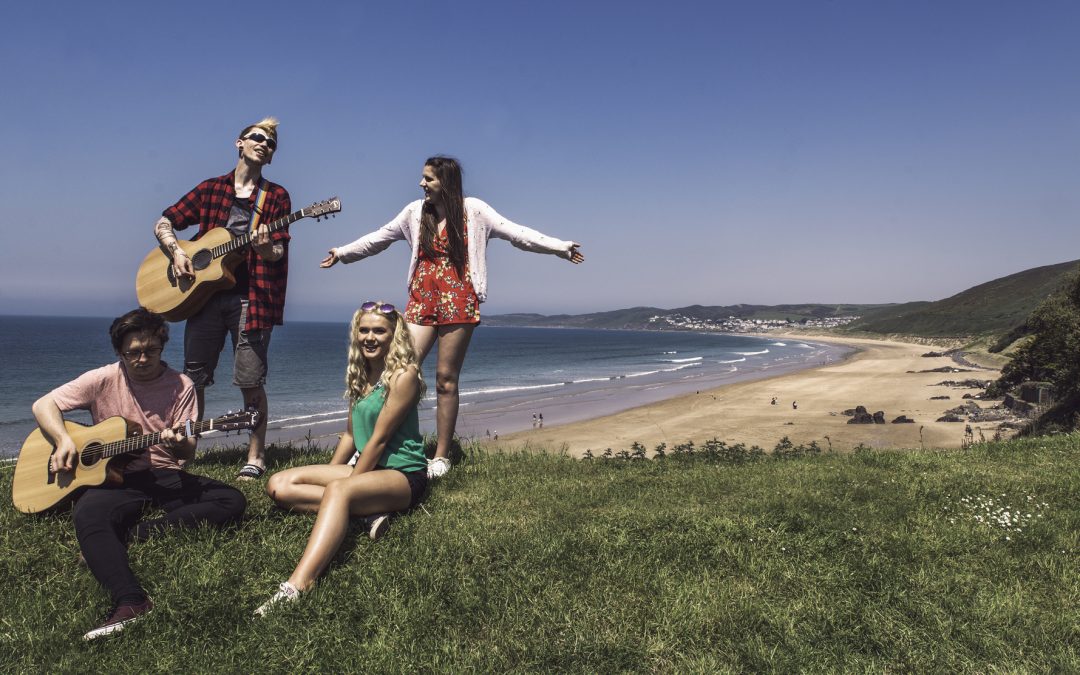 A group of talented students from Petroc has come together to create an inspiring song and music video as part of the college’s latest ‘Dream Big’ marketing campaign.

The college invited singers and songwriters to audition, X Factor style, to be part of the exciting project. The level of talent was exceptional, and after much deliberation the band members were selected:

The song recorded by the band is Dream Big; a cover of the 2005 hit by Ryan Shupe & the RubberBand. It has been given an individual, modern twist by the learners, with the introduction of two rap sections, written and performed by music student Jack Cliff.

Band member Jacob Terry, a rhythm guitarist and seasoned local pop punk solo artist, said: “I loved the process, as recording is one of my favourite things. I like the fact the song showcases our separate talents as well as that of a group dynamic!”

As part of the project, the band, who call themselves BM11 after the room in which they recorded the song, also conceptualised and filmed a music video. Taking inspiration from current videography and animation trends, as well as taking advantage of the beautiful location in which they live, they came up with ideas and then went on location to Putsborough Beach, Woolacombe and the Petroc campuses in North Devon.

Kathy McCormack, Head of Marketing at Petroc, said: “The ‘Dream Big’ campaign has been another fantastic chance to involve our students and give them the opportunity to showcase their amazing talents, inspiring others to follow their dreams.

“The band members have really impressed me with their enthusiasm for the project. They came up with lots of creative ideas for both the song and the video and they should be very proud of their finished product.”

Mark Reason, from Global, has helped to coordinate the project. He said: “The standard of what they’ve produced is just outstanding. They were incredibly professional throughout the six-month project; I think it’s really captured their imaginations.”

The video can be viewed on YouTube at Petroc TV and the track can be downloaded on the Petroc website.