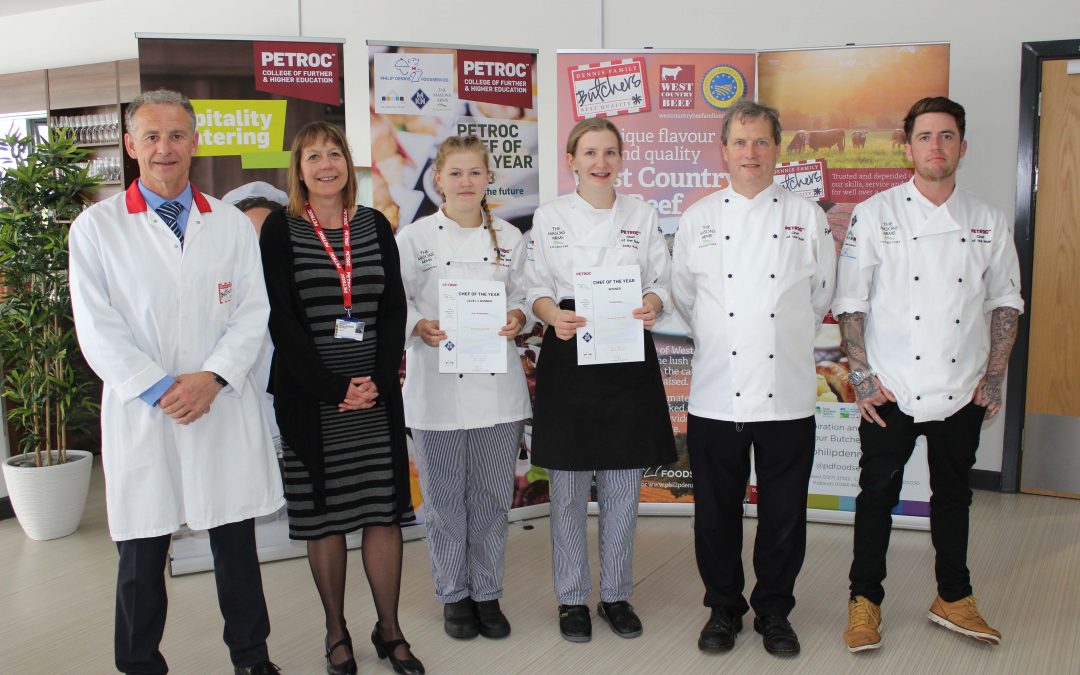 Petroc catering students competed at the North Devon campus today (June 18) for the title of Chef of the Year 2018.

The annual competition, held in partnership with Philip Dennis Foodservice, was open to all students on food-related courses and challenged them to cook a duck main and accompanying dessert in just two hours.

Speaking before the competition, Mark said: “This is a great opportunity for the students to practise working under pressure. In this industry, every day is a competition and every customer is a judge.”

Jon Hardy, Assistant Principal for Lifestyle, Care and Foundation Learning at Petroc, welcomed guests to the winners’ presentation event. He said: “We had more paper entries than we’ve ever had for the competition this year, so it is a huge achievement to get to the final.

“It’s a real honour to have two Michelin-starred chefs judging the competition, and is very inspiring for our students to show them where hard work and determination can lead.”

After much deliberation, the judges announced the following winners:

Mark said: “Emily was very consistent over both courses. The standard was the highest it’s ever been in the six years I’ve been judging this competition, so she is an incredibly worthy winner.”

Thomas agreed: “I was looking for a well-seasoned and balanced dish, with three simple elements, and Emily achieved this.”

Nigel was also very impressed with the standard this year. He said: “The students clearly demonstration a high level of skills when it came to the preparation of the meat; it was clear they had been practising hard before the competition.”

Emily was delighted to be announced as the overall winner. Speaking just after receiving her certificate, she said: “I’m so pleased with my performance today; I managed to complete everything on time and it all went to plan. I’m shocked but really happy!”

Jessica was also pleased to win the Level 2 category: “I took a risk and did something a bit different. I cooked tonka beans and Thomas Carr had never had them before but said he really liked them.”

Emily will enjoy a culinary trip to London later this year, thanks to kitchen company and competition sponsors MKN, and also received professional knives from competition sponsor Airedale Group who designed and installed Petroc’s state-of-the-art kitchen facilities in the Lifestyle and Tourism Centre.