Sounds of St Austell set to rock the Keay Theatre 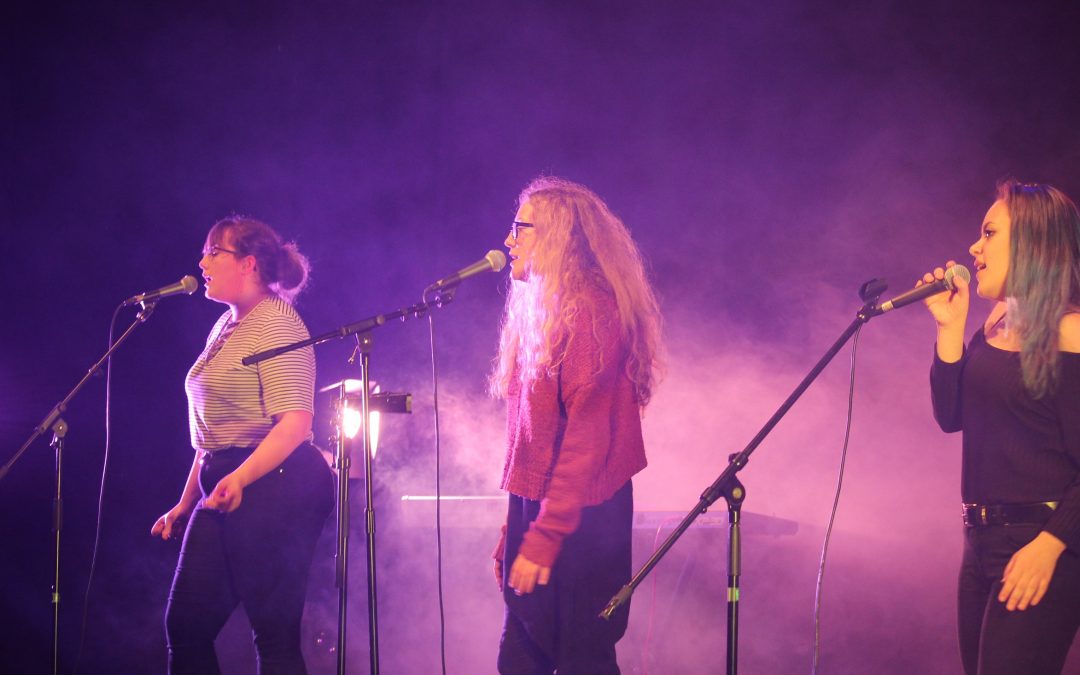 The Keay will be alive with The ‘Sounds of St Austell’, which is returning for its annual noteworthy performance by local talented young musicians.
The show will be swinging into action at 6:30pm on Wednesday 23rd May at the Keay Theatre, St Austell and student musicians Andreia Filipa and George Stewart said it’s going to be “a night to remember.
“It’s going to be an enjoyable evening filled with performers of all different ages and it will be a chance to listen to live music from different generations,” they said.
Boasting performances from bands such as the nine-piece college funk/soul band ‘The Shimbaknights’, there are groups that would give many local professional bands a run for their money, according to their lecturer, Laura Philpott.
The college will also be joined by students from Poltair and Looe School and the Cornish Ska band D.M Street will perform a 35 minute set.
Laura praised her students for “growing as musicians” due to the professional experiences they have gained.
“Throughout their time at college they have performed at venues such as The Hall for Cornwall and Theatre Royal plus played at events such as the Royal Cornwall Show and Polperro Festival,” she explained.
“The student musicians have been involved in every aspect of running the show, from ticket sales, promotion and set design.  The range of music will be hugely varied and we are honoured to be able to provide a platform to perform to local schools and bands.”
Another student, Brad Richards, said most students don’t get a chance to go and listen to live music, “so this will be a good opportunity for them at a cheap price”.
Tickets are £7 or £5 from the Keay box office – 01726 226454. The event is seated with limited tickets on the door so it is strongly advised to book in advance.
Keep an eye on theFacebook page www.Facebook.com/StAustellMusic for more updates.