Suki Dhanda: Race, Place & Diversity by the Seaside in The Gallery at Plymouth College of Art 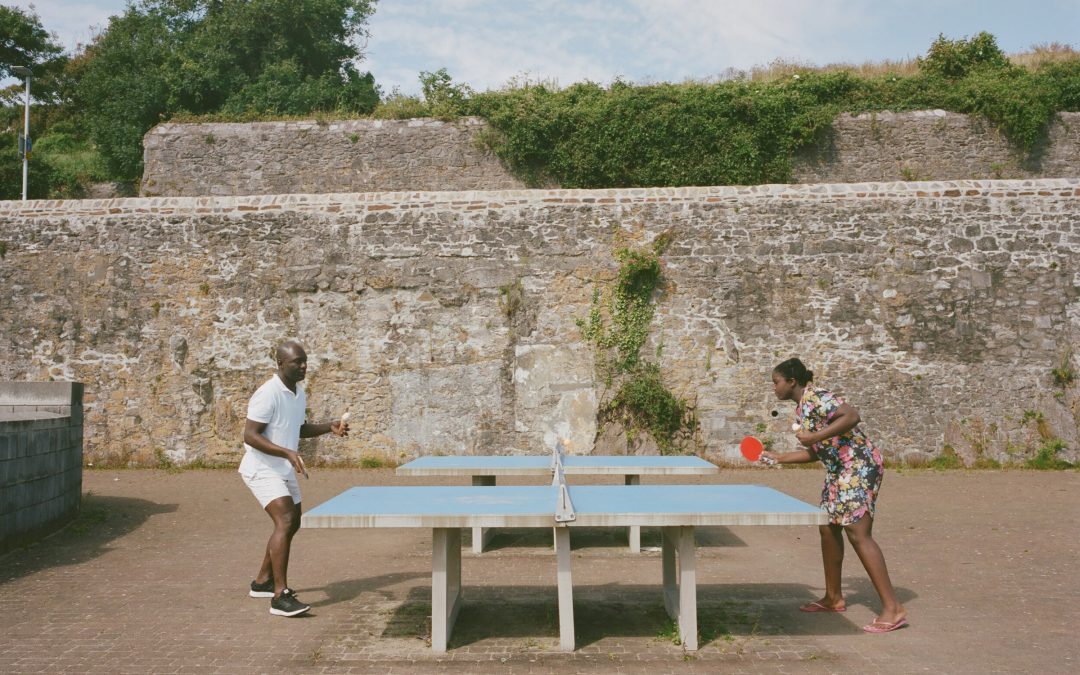 British Asian photographer Suki Dhanda, whose portraits of subjects for The Observer and The Guardian include Blue Planet presenter Sir David Attenborough, actress Karen Gillan (Guardians of the Galaxy), former Prime Minister Tony Blair, singer and actress Rihanna, and artist Yoko Ono, will return to the South West art college where she began her photography journey, with a new exhibition commissioned by The Gallery at Plymouth College of Art, ‘Race, Place & Diversity by the Seaside’.
With an exhibition opening in The Gallery from 5pm to 7pm on Wednesday 7 February 2018, ‘Race, Place & Diversity by the Seaside’ will then continue to be open to the public from 8 February 2018 until 22 March 2018.
Suki Dhanda studied photography at Plymouth College of Art from 1989 to 1992 and first began working regularly for The Observer in 1998. She had gained a reputation as one of London’s leading portrait photographers.
Dhanda’s personal practice, which is shot on film using an analogue camera, focuses on ethnicity, people and place. She said, “My own upbringing has largely influenced my personal work, which explores ideas and themes of diversity and belonging. My parents settled in the UK from India in the mid 60s. I was born here and identify myself as a British Asian, being raised with a mix of both English and Asian culture.”
Over the course of her career, Dhanda has been involved in numerous group exhibitions, most notably touring internationally as one of eight photographers commissioned by the British Council to focus on aspects of Contemporary Muslim Experience in Britain. Her work has also appeared in a group exhibition at the Whitechapel Gallery (zerozerozero), and as part of Art on the Underground in celebration of the Chinese Year of the Dog, Dhanda’s portraits of people with their dogs were exhibited across London Underground.
The new body of work created for ‘Race, Place & Diversity by the Seaside’ will explore the changing face of Plymouth’s population, and seek to uncover and celebrate the diverse community of people who have made the city their home. People from a multitude of backgrounds have historically congregated at the British seaside with their families and loved ones to take in the views, walk along the shore and swim in the sea. The portraits will be displayed in The Gallery, which has in the past shown work by Martin Parr and Matt Stokes, as well as hosting the British Art Show 7.
Leah Harris, Exhibitions Coordinator at Plymouth College of Art, said: “We are really pleased to be able to welcome Suki back to the college for this show. We’re proud that the college is able to support Suki in developing her personal practice in Plymouth, a city that is close to her heart. In a wider context, this exhibition’s exploration of diversity mirrors other cities in the country, and in doing so it celebrates community and the shared enjoyment that people can experience in the place they choose as their home.”
In shooting new portraits for this show, Dhanda spent six months visiting Plymouth, capturing local residents and visitors spending time relaxing with their friends and families by the coast, in a project that highlights the possibilities of co-existing in a shared space. Provoked by Dhanda’s personal reaction to the 2016 Brexit vote, the work profiles a series of people who may have begun to question their sense of belonging and their place in the UK since the vote was cast.
Dhanda said, “I found the idea that Britain was heading towards Brexit very depressing. A couple of months after the vote, I visited Margate on a beautiful sunny day, and the beach was full of people from all backgrounds, an eclectic mix of colours and ethnicities, drawn to the sea for a day out with loved ones. It put a smile back on my face.
“I still had that image in my mind when I was approached by The Gallery at Plymouth College of Art to develop some new work for an exhibition. I wanted to find out whether that scene in Margate translated to other places in the UK, and I wanted to investigate diversity in Plymouth and how people celebrate the place they are in and the environment around them.”
The Plymouth that Dhanda remembers as a student has changed dramatically. “It has been interesting spending time in Plymouth during this project. I was expecting it to be the same as when I was studying here, almost 30 years ago, but I’ve been surprised at how internationally diverse it has become.”
‘Race, Place & Diversity by the Seaside’ will be on show at The Gallery at Plymouth College of Art from 8 Feb 2018 until 22 Mar 2018. Suki Dhanda will give a talk at the college on 21 Feb from 5.30pm – 7pm, admission is free.
Alongside the exhibition, the college will also hold a screening of Night Cleaners, a documentary made by members of the Berwick Street Collective (Marc Karlin, Mary Kelly, James Scott and Humphry Trevelyan) about the campaign to unionize the women who cleaned office blocks at night and who were being victimized and underpaid, which is recognised as a key work of the 1970s and as an important precursor to current political art practice. The screening will take place on 28 Feb 2018 at 5.30pm with an introduction by Humphry Trevelyan. Following this, on 7 Mar 2018 from 5.30pm, a Margaret Tait and Derek Jarman double bill will explore “portrait filmmaking” and include screenings of Hugh McDiarmid: A Portrait (1964) by Margaret Tait; Land Makar (1981) by Margaret Tait and a selection of short Super 8 films by Derek Jarman, introduced by the college’s Associate Dean for Media, Judith Noble.